Zimbabwe has the highest mortality rate of 27.30%, which is nearly five times that of the global rate of 5.9%. Zimbabwe is followed by Bahamas, Guyana, Algeria and Myanmar — none of which feature in the top 10 countries with most cases or fatalities. 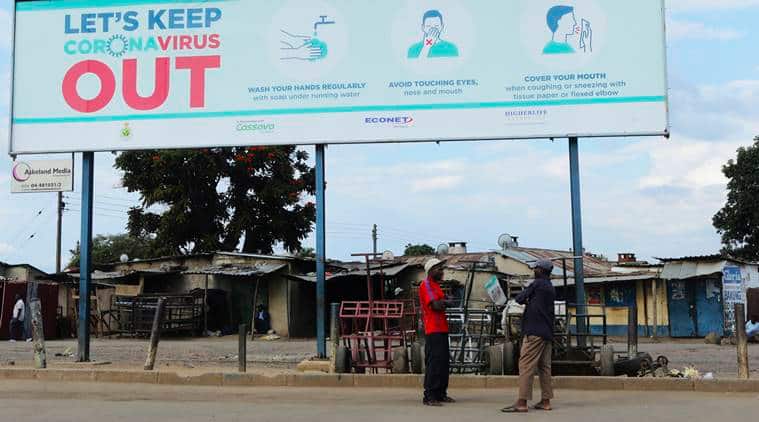 With the global coronavirus death toll nearing a lakh, an analysis of data by the Johns Hopkins University tracker shows that the top five countries with the highest mortality rate are the ones which lack a sufficient and robust health system and have fared poorly in latest Human Development Index (HDI) report released by United Nations Development Programme (UNDP). Follow LIVE Updates

Zimbabwe, which has so far recorded 11 cases and 3 deaths, has the highest mortality rate of 27.30 per cent, which is nearly five times that of the global rate of 5.9 per cent. Zimbabwe is followed by Bahamas, Guyana, Algeria and Myanmar — none of which feature in the top 10 countries with most cases or fatalities, according to JHU data.

In the 2019 Human Development Index, which measures a country’s overall achievement in its social and economic dimensions like health, level of education and standard of living, Zimbabwe ranked 150 out of 189 countries, with a score of 0.563. According to the data, in the country life expectancy at birth was 61.2 years as compared to the global average of 72.2. Besides, Zimbabwe also ranked a lowly 132 out of 195 countries in the Global Health Security (GHS) Index, which measures health security and related capabilities of countries. 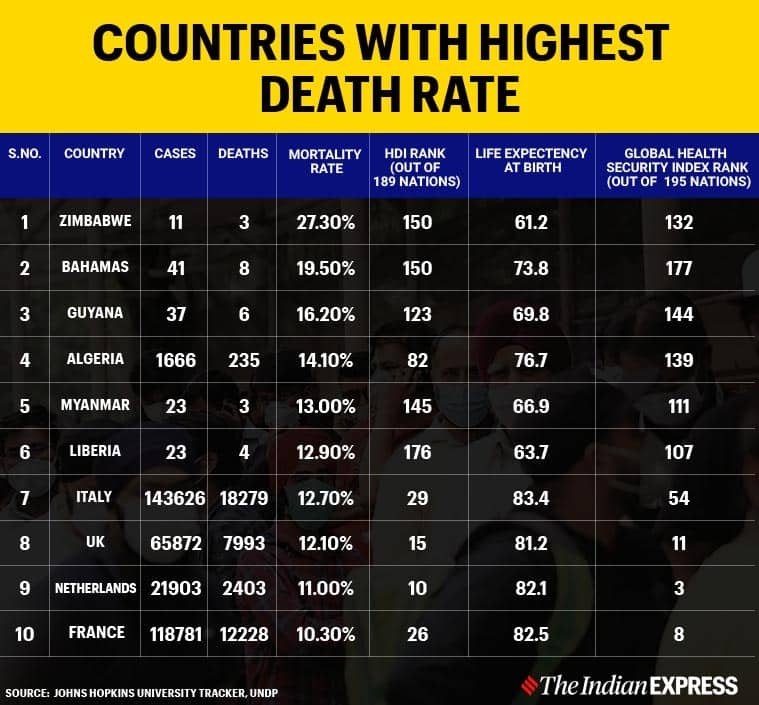 The COVID-19 outbreak has only deepened the country’s public healthcare crisis, with the Zimbabwe Association of Doctors for Human Rights complaining about inadequate screening of symptomatic people across the country.

It has also flagged a “dire shortage” of ventilators, oxygen tanks, biohazard suits and N-95 face masks for healthcare professionals fighting the pandemic. The extent of the crisis has forced doctors to file a lawsuit in court to compel the Zimbabwe government to step up coronavirus protection for public hospitals and medical workers. Bahamas, which has recorded 41 coronavirus cases and eight deaths so far, has the second highest mortality rate at 19.50 per cent, nearly four times that of the global average rate. With a score of 0.805, the Caribbean country’s HDI rank is 60 and according to the GHS Index, it ranks 177.

Moreover, all the above countries feature in the bottom half of the Human Development Index — Guyana (123rd), Algeria (82nd) and Myanmar (145th) — signalling that the healthcare system of the countries is bound to face challenges in dealing with the pandemic. 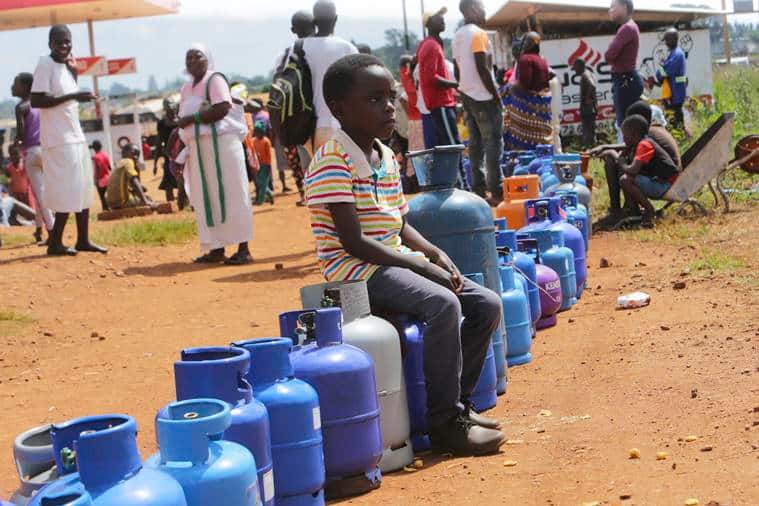 Despite Italy having an HDI rank of 29, one factor affecting the country’s death rate may be the age of its population. Italy has the oldest population in Europe, with about 23 per cent of residents 65 or older. Italy, which has one of the best life expectancy average of 83.4 years, has seen most of its deaths among people in their 80s, and 90s, an age group known to be more susceptible to severe complications from COVID-19.

Why Did Josh Richards & Jaden Hossler Leave The Sway House? Here’s The Deal

Josh Lucas’ ex-wife accused him of cheating on her ‘in the middle of the pandemic’
We and our partners use cookies on this site to improve our service, perform analytics, personalize advertising, measure advertising performance, and remember website preferences.Ok