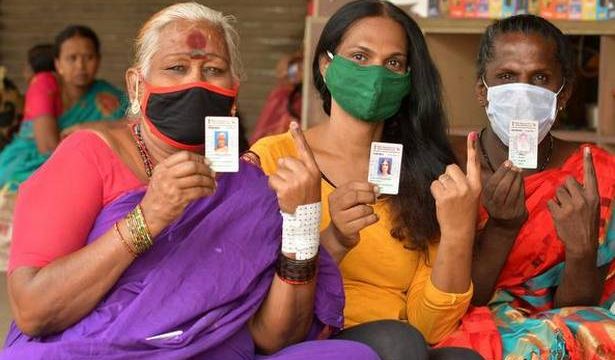 Transgenders in Tiruchi cast their votes in various booths across the district, hoping for better treatment in society and provision of welfare assistance.

They demanded separate colonies for residence, education and job opportunities among other needs.

P. Kajol, a former member of the Tamil Nadu Transgender Welfare Board said that while a few transwomen had cast their vote on Tuesday, many abstained from it as they believed that no changes would be come about in their status.

Selvi, a senior member of the trans community in the district said that while the visually impaired, gypsies and other groups had separate colonies allotted by the government for them, the transwomen were yet to have any such facilities due to the social stigma.

“We are also human, with needs and wants, but the officials look at us with an eye of suspicion,” she said.

If the transwomen are given equal opportunities, they would not resort to begging or sex work, she added.

"We hope the new government will at least treat us with dignity," Selvi said.