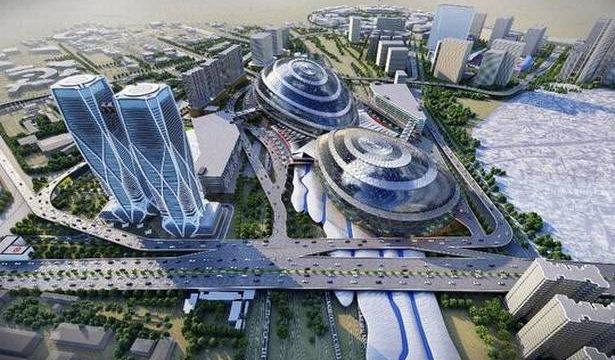 Lieutenant-Governor Anil Baijal on Monday chaired the second meeting related to the proposed redevelopment of the New Delhi railway station along the lines of the Indira Gandhi International Airport as part of a first-of-its-kind initiative.

Apart from solving a significant issue related to public transportation — 1,400 buses plying on 46 routes travel to and from the station daily without a single bus terminal in its vicinity, two multimodal transit hubs and an underground tunnel housing an Automated People Mover replete with travelators and electric vehicles are part of the proposal, which has been accessed by The Hindu.

Over the next four years, the project will seek to redesign the largest and second busiest railway station in the country with a daily footfall of approximately 4.5 lakh passengers, according to a senior government official.

As The Hindu reported on December 10, the project will see the height of the station being increased to 70 metres, construction of twin towers — each 40 metres high, a hangar for trains, the creation of a passengers’ lounge similar to the airport, an underground parking for 2,000 vehicles and 40 buses in addition to a commercial area.

“Chaired the 02nd meeting of the Apex Committee to oversee & facilitate the ‘Redevelopment of New Delhi Railway Station’ under the National TOD Policy, the first of its kind in PPP mode [sic],” Mr. Baijal tweeted.

For effective resource management, emphasis was also given on the use of recycled water for non-potable purposes by way of provision of dual piping, the L-G stated.

“Directed UTTIPEC [Unified Traffic And Transportation Infrastructure (Planning & Engineering) Centre] for ensuring early examination and approval of the applications submitted by RLDA for the project. Called upon all Nodal Officers to work in tandem to make this project a success,” he also tweeted.

The National Transit Oriented Development policy is focussed on development around a transit node or corridor to facilitate ease of access to transit facilities, and was approved by the L-G in his capacity as chairman of the Delhi Development Authority in September 2019.

Under the policy, residential, commercial, civic or institutional establishments are proposed to be located in close proximity to allow the local community to access facilities like plazas, shared parks and public transport. It also seeks to enable walking, cycling and the use of public transportation over personal modes of transport.

Keeping in line with the policy, multimodal transit hubs are proposed at Ajmeri and Paharganj access points of the station — replete with bus bays for 51 and 40 buses, respectively, and walkways for direct connectivity to the railway station as well as metro stations in its vicinity.

An underground Automated People Mover with travelators on either side, walkways with sitting spaces and electric vehicles for commuters is also part of the initiative, along with widening of Panchkuian Road, Basant Lane, Chelmsford Road, Bhavbhuti Marg, and Minto Bridge railway under bridge.