As part of the agitation, a large group of people gathered on the NH 08 at Panisagar and blocked it this morning, demanding to call off the resettlement formula. 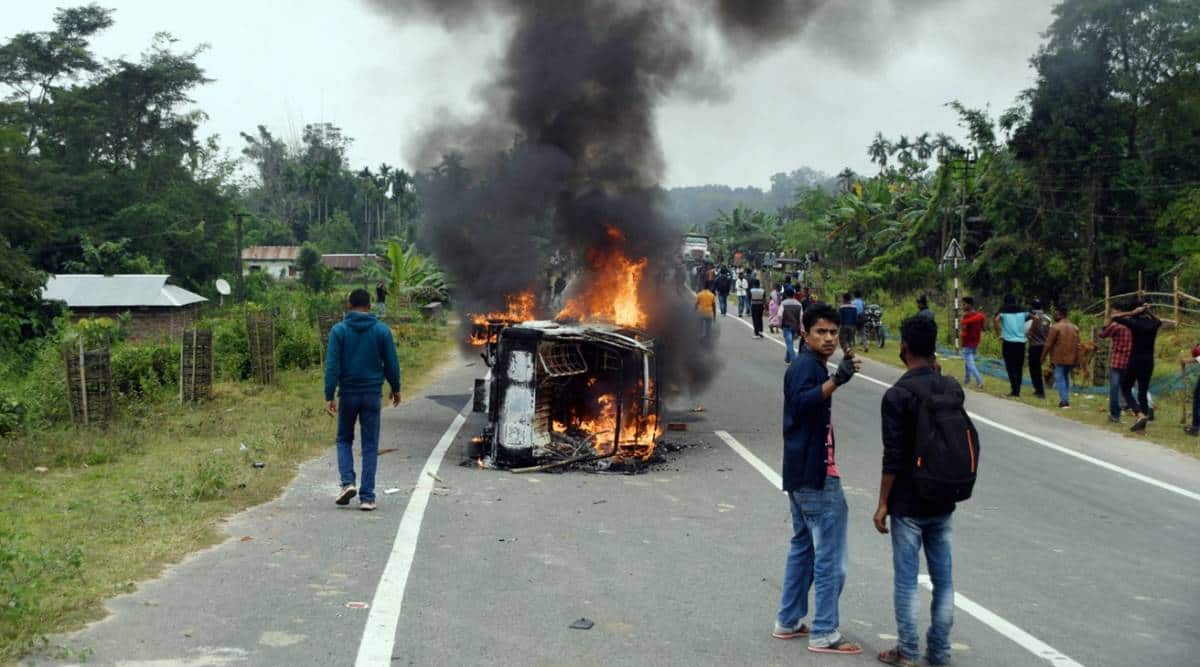 One person was killed and at least 20 were injured on Saturday as Tripura Police lathi-charged and opened fire at people who are on an indefinite strike against the state government’s formula to resettle Bru migrants from Mizoram. The protesters have been blocking the National Highway at Panisagar in North Tripura.

According to the police, the protesters turned violent this morning, forcing the police to resort to lathi-charge and opening fire that left 40-year-old Srikanta Das, a carpenter, who had joined the protests, dead on the spot.

Over 32,000 Brus, who fled Mamit, Kolasib and Lunglei districts of adjoining Mizoram in 1997, are being resettled in Tripura as part of a four-corner agreement between the state governments of Tripura, Mizoram, the central government and Bru migrants. Twenty-three years after their displacement and nine phases of repatriation, the Centre has declared a Rs 600-crore package for resettling these migrants in clusters in the state in January this year.

Speaking to indianexpress.com, Additional Director General of Police Rajiv Singh said the police was compelled to fire in self-defence. “The crowd had blocked the national highway without permission. We tried to dissuade them and, after they became violent, we tried a mild lathi-charge and blank firing. The crowd became unruly and tried to snatch weapons. Police fired in self-defence,” the official said.

Singh admitted that one person was killed in police firing and a few others were wounded but added at least nine Tripura Police and Fire Service personnel were injured after protesters assaulted them. While most of them are hospitalised at Panisagar and Dharmanagar, two were rushed to GBP Hospital in Agartala for treatment. 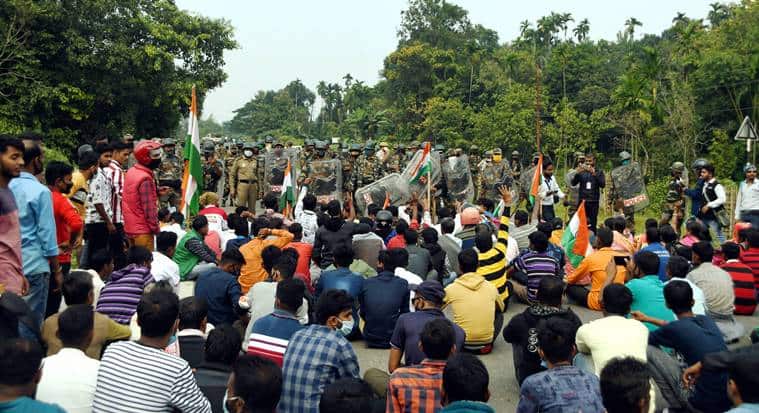 However, Joint Movement Committee, which has called the agitation, has claimed police fired upon protesters even as they were agitating peacefully. “Our protesters were peaceful. The police opened fire on them without provocation. One person died on the spot and many others were severely injured. We are still unclear on details,” Sushanta Baruah, convener of JMC, told reporters this evening.

Mizo Convention chief and JMC leader Dr Z Pachuau said protesters were fired upon by an indigenous Tripura State Rifles (TSR) jawan without provocation, which led to a retaliation from the protesters, resulting in injury of several protesters.

Pachuau claimed a TSR constable died during ‘retaliation’ from agitators in the aftermath of police firing.

Officials from the local administration said on condition of anonymity that a large contingent of Tripura Police and Tripura State Rifles (TSR) jawans was deployed in the area after the incident and situation is under control till latest reports came in.

The incident comes in the aftermath of support from opposition CPIM in favour of demands placed forth by the Joint Movement Committee, where the party said migrants should be resettled on khash or government lands, reserved forest areas or forest cover-free lands and their livelihood should be ensured without disturbing the interests of permanent local residents. The party has also urged the state government to initiate dialogue with the protesters to reach amicable solution of the crisis.

However, the ruling BJP-IPFT government has welcomed the decision to resettle Brus in Tripura permanently and said people violating section 144 imposed in Kanchanpur since Tuesday would not be tolerated.

Priscilla Presley Says Elvis Presley Never Saw Her Without Makeup on
We and our partners use cookies on this site to improve our service, perform analytics, personalize advertising, measure advertising performance, and remember website preferences.Ok