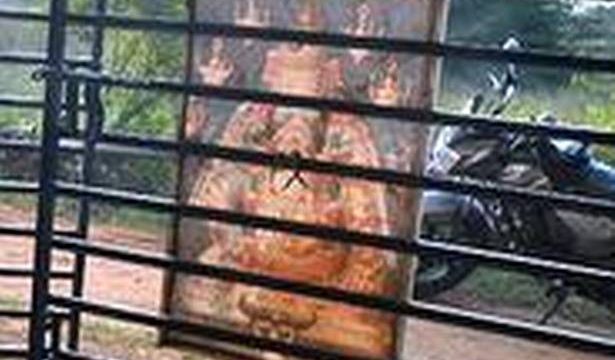 Tragedy strikes while victims tried to clear block in the tube

Two men got asphyxiated while cleaning a septic tank at a house on Wednesday in Varadharajapuram near Tambaram in Manimangalam police station limits.

This is the second such tragedy reported this week. On Sunday, one worker died in a similar manner at a house in Injambakkam

The victims were identified as V. Rajesh, 35, of Indira Gandhi Nagar, Manimangalam and A. Ezhil, 35, of Mannivakkam.

The police said Jayakumar, 34, sought the help of his neighbours to find somebody who could clean the septic tank at his house in PTC Quarters. Rajesh and Ezhil came to the house and agreed to do the work for ₹9,000, using their sewage suction truck. They removed one load on Tuesday evening.

On Wednesday morning, they cleaned the tank using the suction tube.

As septage remained in the tank, Ezhil fainted while trying to removetheblock in the tube using an iron rod. Rajesh, who tried to rescue Ezhil also fainted inside the tank.

Both died after inhaling poisonous gas.

The police, with the assistance of Fire and Rescue Services personnel in Tambaram, retrieved the body from the tank. The bodies were sent to Government Chromepet Hospital for post-mortem.

A case has been registered against the house owner under Sections 304-A (causing death due to negligence) of the Indian Penal Code and under the provisions of the Prohibition of Employment as Manual Scavengers and their Rehabilitation Act.