In the slums along Kachari Road, which are dominated by Hindi-speaking people, the atmosphere was equally charged. 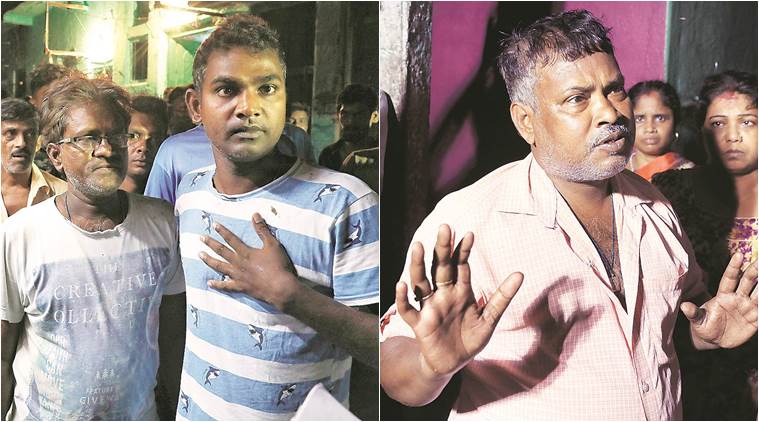 Surrounded by neighbours who had gathered outside his house braving the heavy downpour, the family of 17-year-old Ram Babu Shaw, who was killed in Thursday’s clashes in Bhatpara, accused the police of “targeting innocent people”.

“Here we sell phuchkas to earn a living. What was my nephew’s fault? He was not into politics,” said Ram’s uncle Munna. “Why did the police open fire here at Kankinara Bazar? Bombs and bullets were fired in areas dominated by Muslims,” he said.

Ram’s mother, Rekha Shaw, who is in a state of shock, refused to believe that her son was dead. “My son has not died. He is away somewhere. He will come back tomorrow,” she said.

With one of her three sons dead, Rekha now has Rahul (8) and Sandip (20) to look after her.

In the slums along Kachari Road, which are dominated by Hindi-speaking people, the atmosphere was equally charged. Forty-year-old Dharamveer Shaw, who lived here, was the second victim of the latest political clash in the area. 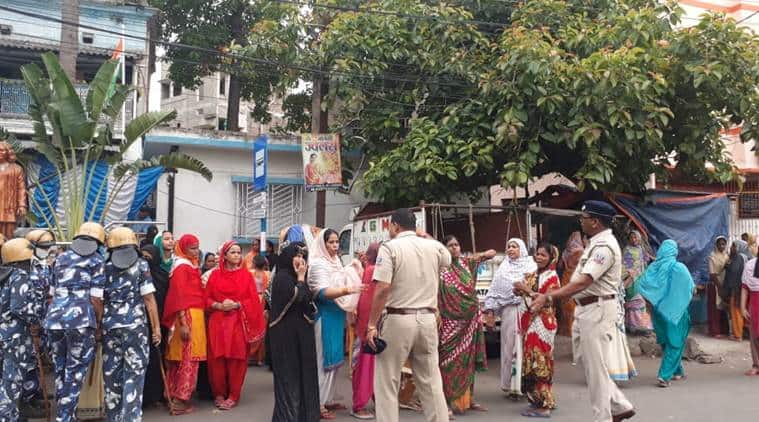 “If the police had to fire bullets, then they could have fired in the air. Why were they targeting innocent people? Our family is not into politics. We want severe punishment for policemen who have done this,” said Dharamveer’s elder brother Raj Kumar Shaw.

Dharamveer, who also used to make a living by selling phuchkas, is survived by his wife, a 14-year-old son and a 12-year-old daughter.

“We will appeal to the administration to take full responsibility of Dharamveer’s children,” his brother said.

The residents said that the situation in the town has remained tense since May 19 when Bhatpara, which falls under the Barrackpore constituency, voted in the last phase of the Lok Sabha elections. On the day of polling, there were massive clashes in the area that left one dead. The BJP won the seat for the first time with Arjun Singh defeating the Trinamool Congress candidate.

“The situation has not improved since then. Ever since the Trinamool Congress lost the election, they have been indulging in violence. People from Bhatpara area are coming to Kankinara at regular intervals and creating trouble. Even today, police opened fire at us. We were just starting our day to purchase vegetables to make fillings for phuchkas when police opened fire at us. Five others are battling for their life in hospitals,” said Keshar Shaw, a newspaper vendor.

Meanwhile, the roads in Bhatpara remained deserted with the imposition of Section 144 of the CrPC. Huge contingents of police and Rapid Action Force were seen patrolling the roads.

The district administration has blocked Internet services in Jagdal-Bhatpara area. However, there will be no restriction on voice calls and SMS services. The administration in a notification said the step was taken to “curb spread of rumours on social media and instant messaging services”.