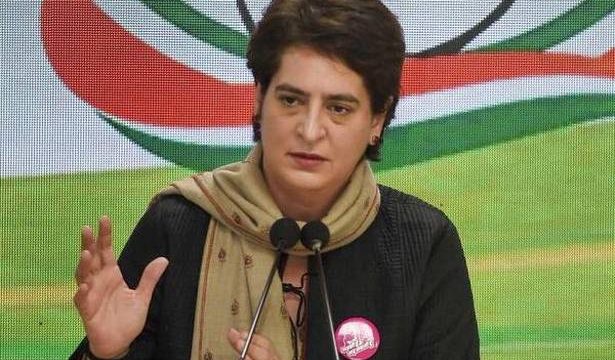 If you have faced injustice, you can fight back, says Priyanka Gandhi Vadra.

The mother of the Unnao rape victim, an anti-Citizenship (Amendment) Act (CAA) activist and an activist Asha worker are among the 50 women candidates in the Congress party’s first list of 125 candidates for the upcoming Uttar Pradesh Assembly polls.

Releasing the list at an online press conference on Thursday, Congress general secretary Priyanka Gandhi Vadra said it sends a “new message” that those “who face injustice have the power to fight back for their rights”.

“The Congress party in U.P. will give you this power, support and help you in every possible way so that you can fight your battle. Come into politics, fight for your rights by being part of the power structure,” Ms. Vadra said.

Asha Singh, mother of the rape victim, has been fielded from the Unnao Assembly seat and anti-CAA activist and party spokesperson in Uttar Pradesh, Sadaf Jafar, from the Lucknow central seat.

The 2017 Unnao gang rape incident had made headlines as former BJP MLA Kuldeep Singh Sengar was not only convicted for sexually assaulting the 17-year-old victim, but also was found to be involved in the death of her father.

Ms. Vadra said the Congress is making a new beginning by fielding 40% women candidates while another 40% are youth.

“I don’t see this as creating new vote bank of young women. I see this as empowering women to ask for their rights and stand up for themselves. They are 50% of the population, and frankly, it is absolutely their right to participate in politics,” Ms. Vadra told The Hindu when asked if the Congress was creating a new constituency of women voters in these elections.

Asked what role does the Congress see for itself in these elections, the party U.P. in-charge said they would like to strengthen its organisation and work towards dislodging the Yogi Adityanath government.

“Today, the government in Uttar Pradesh is a dictatorial government,” she said, adding the party would be open to supporting a non-BJP alliance post poll if the need arises.

Soon after the list was released, former party chief Rahul Gandhi tweeted, “In Unnao, the one with whose daughter the BJP did injustice, now she will become the face of justice — will fight and win!#Election2022.”