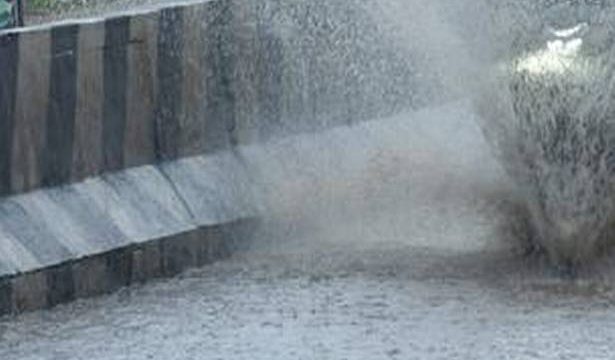 The northeast monsoon is usually volatile, but meteorologists say a long-range forecast of such intense rainfall in a short span needs scientific advances

The northeast monsoon of 2021, which is yet to withdraw, has brought abundant rain to the city. While spells of heavy rain are common during the monsoon, two spells of intense and unprecedented rain in a short span in November and December caught the city and meteorologists off guard.

This monsoon brought copious rain to Chennai without any major weather system.

The 148.5 cm rain received between October and December led to a surplus this season. This monsoon broke records and Chennai’s annual rainfall in 2021 was one of the highest — 226 cm as against the normal of 140 cm, surpassing the 2015 record of 209.5 cm.

December was almost dry in the city, until the unprecedented rain of over 20 cm lashed many places. Though the city was given a forecast of moderate rain, the intense rain between 4 p.m. and 9 p.m. could not be predicted by nearly all global weather models.

While the northeast monsoon is usually volatile, meteorologists noted that a long-range forecast of intense rainfall in a short span, arising out of mesoscale phenomenon, needs scientific advances.

S. Balachandran, Deputy Director-General of Meteorology, Chennai, said the India Meteorological Department had a mechanism to provide forecasts for a short or extended period and used data from a combination of observation networks, including radars and satellites.

“We cannot depend on a single observation network. It is not like we missed forecasting the event. We do not have the scientific advancement to forecast mesoscale phenomenon that occurs in smaller areas within a few hours,” he said.

Though the IMD issued forecasts for a short or extended period, events like the one that had occurred last week were not captured by the weather models.

The IMD had also issued a now-casting forecast of heavy rain on December 30 for the next few hours when the event began, he said.

While climate change cannot be ignored, the extremely heavy rain in the city cannot be correlated to the impact of climate change. Factors such as urbanisation and pollution should also be studied for the changes in the local weather pattern, meteorologists said.

Senior meteorologist Y.E.A. Raj argued that spells of heavy rain in the city was not uncommon. Cyclones and depressions were not a must for a good monsoon, and 2021 was a classic example. There was scope to improve weather observation infrastructure. “But it is impossible to achieve 100% accuracy in all weather predictions.”

Meteorologists and weather bloggers pointed to an increase in the occurrence of the high intensity rainfall of over 20 cm at many places within three to six hours.

Dynamic high-resolution weather models might have to be created — based on the past experience and by prioritising the phenomenon like western disturbances— to detect such events. Tools like the single-layer canopy urban model that could detect the impact of urban heat island could also be incorporated.

Meteorologists underscored the need for a denser network, including more radars, to improve forecasts. But there were financial implications.