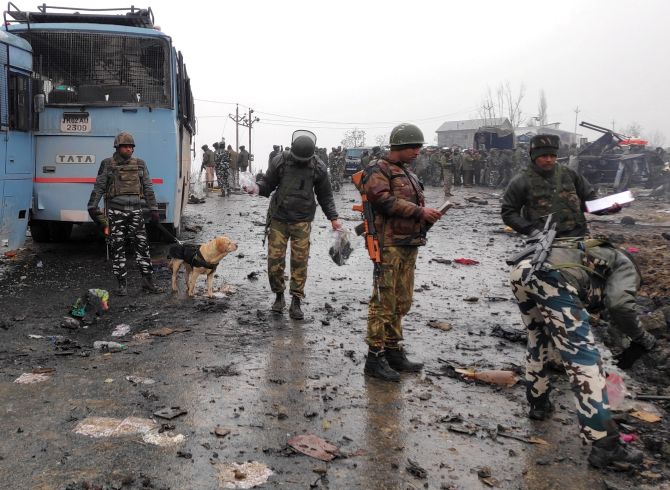 The powerful United Nations Security Council on Thursday strongly condemned the February 14 Pulwama terror attack by the Pakistan-based Jaish-e-Mohammad terror group that killed 41 Central Reserve Police Force soldiers and underlined the need to hold perpetrators, organisers and sponsors of ‘these reprehensible acts’ of terrorism accountable and bring them to justice.

The condemnation by the UN’s most powerful 15-nation body named the Pakistan-based terror group.

The 15-nation body includes China as a permanent veto-wielding member that has in the past blocked India’s bids in the Security Council Sanctions committee to designate JeM chief Masood Azhar as a global terrorist.

“The members of the Security Council condemned in the strongest terms the heinous and cowardly suicide bombing in Jammu and Kashmir, which resulted in over 40 Indian paramilitary forces dead and dozens wounded on February 14, 2019, for which Jaish-e-Mohammed has claimed responsibility,” a press statement issued by the UNSC body said.

The statement added that members of the Security Council reaffirmed that terrorism in all its forms and manifestations constitutes one of the most serious threats to international peace and security.

“The members of the Security Council underlined the need to hold perpetrators, organizers, financiers and sponsors of these reprehensible acts of terrorism accountable and bring them to justice, and urged all States, in accordance with their obligations under international law and relevant Security Council resolutions, to cooperate actively with the Government of India and all other relevant authorities in this regard,” it said.

India-Nepal meet ‘soon’ to discuss all issues minus border dispute

Ruby Rose Says Her Back Injury Contributed To Her Leaving ‘Batwoman’ Just as The Pandemic Started
We and our partners use cookies on this site to improve our service, perform analytics, personalize advertising, measure advertising performance, and remember website preferences.Ok