The US congress has taken a significant legislative step towards amending a law that seeks to punish Russia for the 2016 election meddling that, if enacted, would allow India to go ahead with its plans to purchase Russian S-400 air defence systems without worrying about American sanctions.

A final version of US defence spending bill for 2019 that was announced Monday amends existing waivers in the Countering America’s Adversaries Through Sanctions Act (CAATSA) to allow third-party countries to buy military equipment from Russia as long as they fulfil certain conditions.

India fulfils most of them, according to officials and experts, and it could go ahead with its proposed purchase of S-400s without the fear of secondary (unintended) sanctions that had cast a shadow on ties between the two countries and on the upcoming inaugural “2+2 Dialogue” in New Delhi.

The portion of the bill — National Defense Authorisation Act — that amends CAATSA does not mention any country, but the intended beneficiaries of the amended waiver are India, Vietnam and some others, as named by defence secretary James Mattis in his appeal to lawmakers during a congressional hearing last week.

“There are nations in the world which are trying to turn away from formerly Russian-sourced weapons and systems like this. We only need to look at India, Vietnam and some others to recognize that, eventually, we’re going to paralyse ourselves,” he said during that hearing.

Mattis has emerged as the most ardent advocate for exempting India and other countries from CAATSA, through direct appeal during congressional hearings, closed-door meetings and in a letter. Secretary of state Mike Pompeo has backed the exemptions as well, and publicly supported Mattis.

The modified waiver is a testament to some of those efforts. A summary of the final version of the bill released said it “provides flexibility for strategic partners and allies to move away from the use of Russian military equipment to American equipment, while ensuring that US defence and security interests remain protected”. 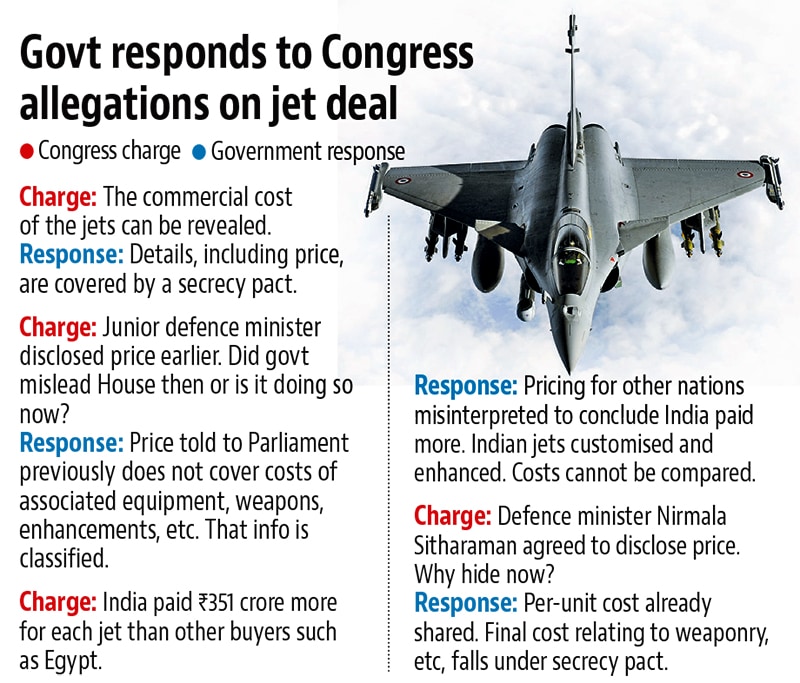 The finalised bill came at the conclusion of a legislative process called “conference” during which a congressional committee reconciled the defence bills passed separately by the House of Representatives and the Senate. It will now be voted by the two chambers before being sent to President Donald Trump for his signature and enactment.

Effectively, the NDDA provides flexibility to countries such as India that are reducing their dependence on Russia. India’s imports from Russia, as expressed as a proportion of its total arms imports have fallen from 79% in 2008-12 to 62% in 2013-17 and most experts believe it will go down further, as India diversifies its arms portfolio.

“It’s a good outcome and though not a clean waiver it will allow the two countries to maintain the momentum in defence ties,” said Benjamin Schwartz, a former defence department official who is now with the US India Business Council. He added, “It’s also proof of how strong the US-India defence relationship. The very fact that were able to overcome all the other interests in Washington to create this carve-out, which is principally for India, goes to show just how important the relationship is.”

CAATSA, which was enacted in 2017 and went into effect this January, was intended to punish Russia for meddling in the 2016 elections through sanctions against designated individuals and entities and third-party countries were threatened with secondary sanctions for making “significant transactions” with them.

Russian maker of S-400s — Almaz-Antey Air and Space Defense Corporation JSC — is on that list. India would have been a target for secondary sanctions if it went ahead with the proposed purchase of least five of them at an estimated cost of $4.5 billion — if the law wasn’t changed to provide it a waiver.

In its current form, CAATSA has some waiver authorities built in, but it is not sufficiently clear and unambiguous, as supporters of change argued forcefully to congress. The proposed amendment makes it clearer, by specifying conditions, which, experts and officials are saying, can see India through given the unique nature of the ties.

The conditions say the proposed transaction by the third-party country should “not endanger the integrity of any multilateral alliance” with the US; should not adversely affect ongoing operations of the armed forces of the US, including coalition operations; should not have a negative impact on defence cooperation between that country and the US; and should not significantly increase the risk of compromising US defence systems and operational capabilities.

Also, the country must demonstrate it is “taking or will take steps to reduce its inventory of major defence equipment and advanced conventional weapons produced” by Russia and continuing waiver would depend on “specific enforcement actions” by that country towards that goal.

Most of those conditions, in fact, all of them are being fulfilled by India, which has significantly reduced its major defence purchases from Russia over the years, said an expert who asked to be not identified. “The conditions, if you look closely, are aimed at punishing Turkey.”

Turkey has said it plans to buy the Russian S-400s and has been dismissive of objections from the United States. It is a NATO partner and is part of a coalition operating with the US in anti-IS operations with the US in and around Syria. “The message is to Turkey clearly,” the expert added.

“Look, we have a large amount of Russian weaponry in the armed forces. The move serves to illustrate that Washington recognises and accepts India’s concerns,” Bahadur said.

On July 13, defence minister Nirmala Sitharaman said that the deal for S-400 Triumf air defence missile systems with Russia was at conclusive stage and the US sanctions legislation won’t affect it, brushing aside Washington’s concerns about the purchase. “We have explained to the US that we have had a continuous relationship with Russia for defence preparedness for decades… Also CAATSA is a US legislation and not a United Nations one,” she had said.