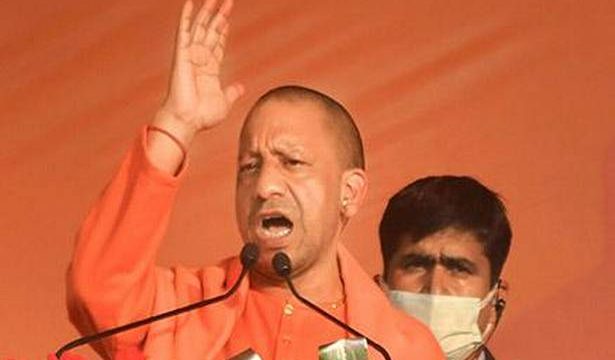 The spirit of Hindu does not discriminate on the basis of individuals, caste, creed or religion, Uttar Pradesh Chief Minister Yogi Adityanath said on Monday as he took potshots at Congress leader Rahul Gandhi over his Hindu vs Hindutva debate.

Addressing an event in Amethi, Mr. Gandhi’s former Lok Sabha constituency, Mr. Adityanath said he had no anxiety or qualms about saying out loud that he was a proud Hindu.

“I used to say it then when I was not a CM. Today, I am CM and I am saying it again, and will continue to say it in future — Garv se kaho Hum Hindu hain (Say with pride that I am a Hindu),” Mr. Adityanath said.

“Hindu is our cultural identity,” Mr. Adityanath said. “Had they [the Congress] understood this, then our country would not have had to go through the unfortunate Partition in 1947,” he said, accusing the Congress of appeasement and divisive politics.

Mr. Adityanath, who is also a saffron-clad head priest of Gorakhnath Temple in Gorakhpur, taunted Mr. Gandhi over his visit to a temple during the Gujarat election in 2017, saying that the priest had to teach him how to sit properly. Mr. Adityanath said Mr. Gandhi did not know about Hindu or Hindutva and was spreading false propaganda.

“Those whose family members and ancestors said they are accidental Hindus…, they cannot even call themselves Hindu. It is their compulsion that today they are bowing to your faith and enthusiasm,” Mr. Adityanath said. Divisiveness was in their genes, he said.