The first consignment of 2.64 lakh doses of the vaccine took off for Delhi on a SpiceJet flight soon after 8 am, landing in the national capital a little before 10 am. A GoAir flight to Chennai and an Air India flight to Ahmedabad followed. About half a crore doses of Serum Institute of India’s (SII’s) Covishield vaccine were shipped out of Pune to cities across India on Tuesday as the country launched its final phase of preparations for the mass inoculation drive against the novel coronavirus that begins on Saturday.

The first consignment of 2.64 lakh doses of the vaccine took off for Delhi on a SpiceJet flight soon after 8 am, landing in the national capital a little before 10 am. A GoAir flight to Chennai and an Air India flight to Ahmedabad followed.

The last flight of the day with the vaccine cargo, an IndiGo flight to Lucknow, left Pune at 2.10 pm.

By 4 pm, 54.72 lakh doses of the vaccine had reached stores around the country, the Health Ministry said at a briefing in the evening. 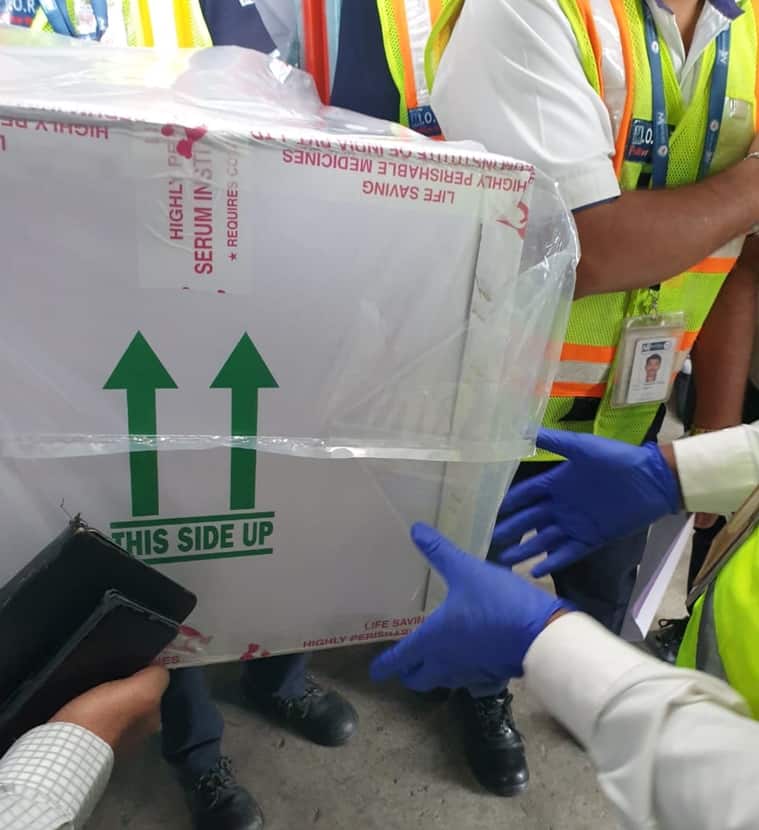 A total 477 boxes of vaccine cargo, each weighing 32 kg, were shipped out, officials in Pune said. In the evening, SII CEO Adar Poonawalla tweeted a picture of a large group of the company’s employees with the message: “An emotional moment for the team at @SerumInstIndia as the first shipments of #Covishield finally leave for multiple locations across India.”

“The vaccine consignments were transported in the belly of scheduled passenger flights on Tuesday. Since these were the initial shipments, the quantity was less, and could, therefore, be accommodated in passenger flights. Going ahead, there could be a requirement for freighter aircraft,” an executive with one of the airlines said. 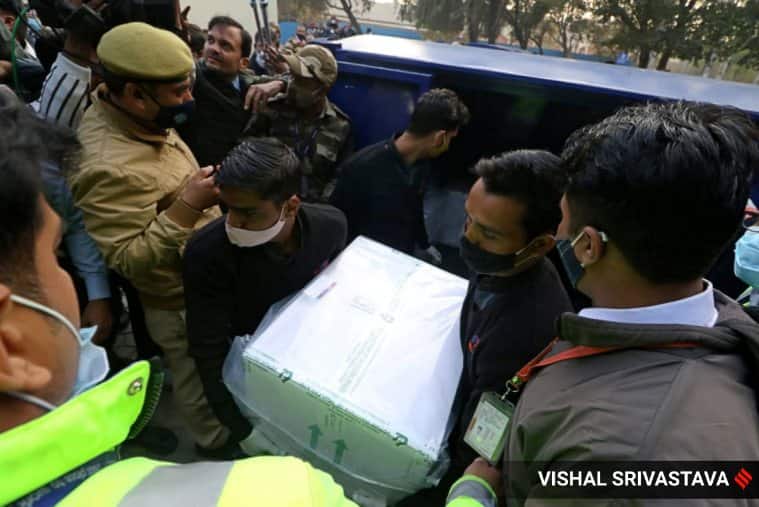 IndiGo said it transported 900 kg of vaccine consignments from Pune to Chandigarh and Lucknow. “Starting from January 13, the vaccines will be transported from Mumbai to other cities basis the allocation,” the airline said in a statement.

Asked how the government was deciding how many doses would go to each state, Health Secretary Rajesh Bhushan said this information “will be shared”. Dr V K Paul, NITI Aayog’s Member, Health. said: “It is being done. When we come out with this, we will let you know.”

The airline executive quoted above said the consignments were being sent through SII’s freight forwarders – or cargo sales agents – who decide which airline to book keeping in mind various factors. 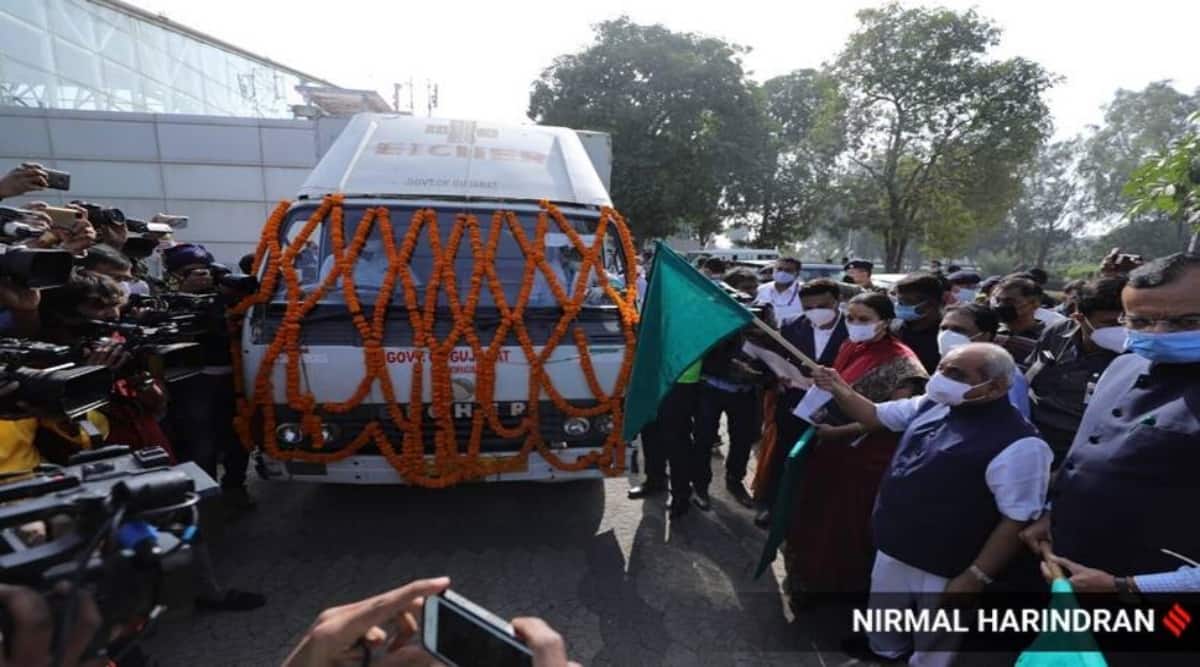 “Serum Institute transports large quantities of pharmaceutical goods on a regular basis and they have their specialised freight forwarders, who were made aware of the conditions in which the Covid-19 vaccine needs to be transported.

“These freight forwarders, on the basis of where the vaccine needs to be sent, how much cargo space is available, and the time by which it must reach the destination, decide which airline to book,” the executive said.

Trucks carrying the vaccine cargo left for the airport from the SII’s premises in Manjari on the outskirts of the city at 5 am. Pune Deputy Commissioner Namrata Patil performed a puja at the gate.

Pune airport director Kuldeep Singh said, “All the work was done by the airport staff very efficiently without any glitches. We have readied our staff for this important assignment, and we will see it through successfully.”

Authorities at Delhi airport, which was the first to receive the shipment from Pune, said the two cargo terminals, which have temperature-controlled facilities ranging from minus 20 degrees Celsius to 25 degrees Celsius, can handle 57 lakh vials of the vaccine per day.