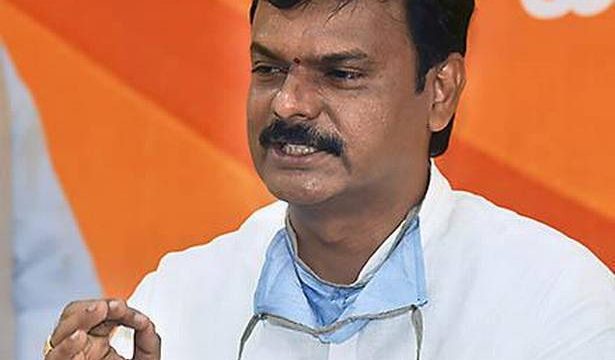 The Union government has taken a strategic decision to divest its stake in the Visakhapatnam Steel Plant (VSP) and 25 other PSUs across the country, according to BJP State general secretary and MLC P.V.N. Madhav.

“Disinvestment is the order of the day, not only in India but across the globe,” Mr. Madhav said while addressing the media conference here on Thursday.

Stating that Somu Veerraju had completed one year as State party president, Mr. Madhav said several struggles had been waged against the “lopsided policies of the State government” during the period.

He predicted that the BJP-Jana Sena combine would grow into a formidable force in the State in the future.

BJP State vice-president P. Vishnu Kumar Raju said the Greater Visakhapatnam Municipal Corporation (GVMC) was not in a position to pay the bills of contractors.

He ridiculed the State government for offering to buy the VSP if it was put up for sale.