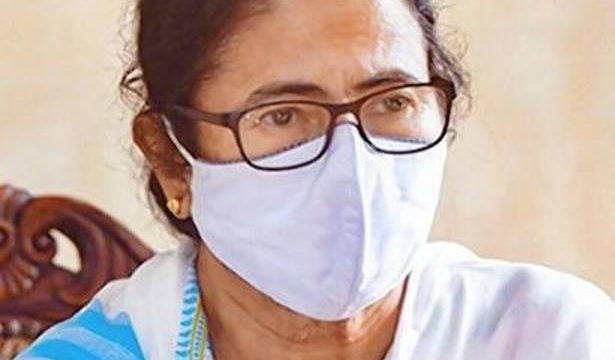 According to some reports, she will head to the national capital on July 25.

West Bengal Chief Minister Mamata Banerjee is likely to visit New Delhi later this month where she will hold talks with leaders of non-BJP parties, Trinamool Congress (TMC) sources said on Thursday, amid the renewed buzz over formation of an anti-BJP front ahead of the 2024 Lok Sabha polls.

According to some reports, she will head to the national capital on July 25. Sources in West Bengal’s ruling TMC said the party supremo’s Delhi visit could happen any day after the Martyr’s Day rally in Kolkata on July 21. The TMC holds a rally every year to commemorate the killing of 13 people in police firing on Youth Congress workers on July 21, 1993, during a protest led by Ms. Banerjee, who was then its leader.

However, there was no tangible movement forward in that direction at the meeting hosted by Mr. Pawar and called by former Union Minister Yashwant Sinha, who is now in the TMC.

The speculation about an anti-BJP coalition grew again after election strategist Prashant Kishor had a string of meetings with Mr. Pawar and the Gandhis, including the one he had with Congress president Sonia Gandhi, former party chief Rahul Gandhi and general secretary Priyanka Vadra together.

Though what exactly transpired at the parleys is not known yet, media speculated a broadbased coalition against the Centre’s ruling NDA might have been on the agenda.

“Banerjee is likely to visit New Delhi after the 21st July Martyr’s Day rally. She may give details about her visit during her speech. The date is yet to be fixed but it will be after the rally,” sources told PTI.

Ms. Banerjee, who is likely to spend a few days in the national capital, has apparently timed her visit to coincide with the monsoon session of Parliament as senior leaders of Opposition parties will be in town.

The sources said Ms. Banerjee may visit some other States as well. On her part, Ms. Banerjee told a press conference that there was nothing unusual in her visit.

“Everytime after elections I visit Delhi to meet old and new friends. So, this time too, I would be going to Delhi for few days as the COVID-19 situation is presently under control,” she said.

“Mamata didi has further grown in stature after defeating the BJP in the Assembly elections. She now wants to reach out to anti-BJP and non-BJP parties at the national level ahead of the 2024 general elections,” a TMC leader said.

Mr. Kishor, who crafted Narendra Modi’s 2012 Gujarat Assembly campaign and devised his successful Prime Ministerial bid in 2014, is also being hailed for drawing up the TMC’s strategy that saw Ms. Banerjee triumph over the formidable BJP in the West Bengal polls.

Ms. Banerjee, arguably the most doughty Opposition face after the TMC’s resounding victory, now seeks a larger role in national politics and, helped by Mr. Kishor’s personal equation with a host of Opposition leaders, will try to become the rallying point for anti-BJP parties. “This is the first step towards reaching out to them,” the TMC leader said.