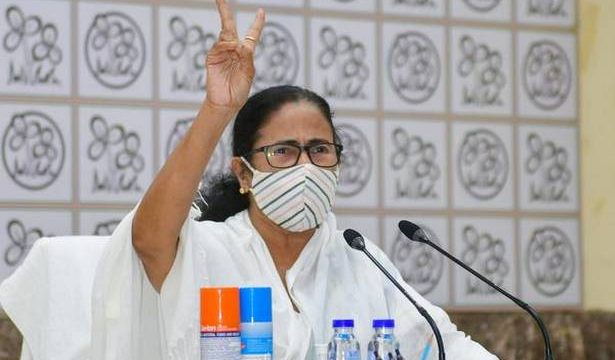 Wishes poured in from various quarters as the Trinamool Congress chief is set to form a government in the State for a third time.

West Bengal Chief Minister Mamata Banerjee defeated Suvendu Adhikari by a margin of 1,200 votes to win the Nandigram constituency. Congratulations poured in from various quarters as the Trinamool Congress chief ensured the victory of her party and is set to form a government in the State for a third time.

The battle was fierce and an eagerly watched one for Ms. Banerjee went up against former party strongman Mr. Adhikari, who had left the Trinamool Congress to join the Bharat Janata Party recently.

Following the victory, Ms. Banerjee addressed supporters outside her residence. "This is Bengal’s victory. Only Bengal can ensure such a victory," she said. She is expected to address the media later.

Congress MP Shashi Tharoor lauded Ms. Banerjee saying it was a victory over communalism and intolerance. "The BJP has met its match in Bengal, and lost," he wrote on Twitter.

NCP chief Sharad Pawar chimed in with his congratulatory remarks.

Rajasthan Chief Minister Ashok Gehlot, while conveying his wishes, wrote: "People of West Bengal have taught a lesson to BJP and have clearly rejected the divisive and communal agenda of the party".

NC leader Omar Abdulla sent his wishes on the occasion.