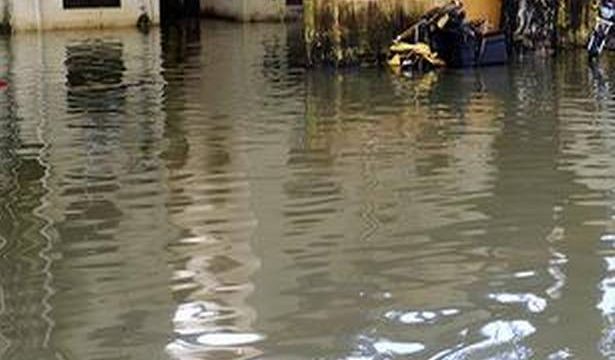 Just like many of the previous years, the northeast monsoon has spilled over into January. Wet weather is set to continue over Tamil Nadu till Tuesday and the Cauvery delta districts may receive heavy rain at a couple of places on Sunday.

As the strong northeasterly winds prevails off the Tamil Nadu coast at the lower levels, many other districts may receive scattered, light to moderate rain on Sunday. Rain may shift to the southern parts of the State from Monday and decrease gradually after January 5, said officials of the India Meteorological Department.

A cyclonic circulation lies over the southwest Bay of Bengal off the south Sri Lanka coast at the mid-tropospheric levels. Chennai may receive thunderstorms, with light to moderate rain, and experience a partly cloudy sky on Sunday. On Saturday, the weather stations at Nungambakkam and Meenambakkam received less than 1 cm of rain till 5.30 p.m. While many other weather stations across the State recorded rain, Nagapattinam and Thanjavur (5 cm each) and Karaikal and Lalpet in Cuddalore district (3 cm each) received moderate rain till the evening.

S. Balachandran, Deputy Director-General of Meteorology, Chennai, said the convergence of easterlies at the lower level of atmosphere and the westerly trough at the upper level would influence rain over the State for the next few days. “We will have to wait for the current spell to cease and a sustained dry weather to declare withdrawal of the northeast monsoon.”

The State has received 71.4 cm of rain against its normal of 44.9 cm between October and December, 59% more than its normal. Chennai district recorded 1,360 cm, 74% more than the average for the season.

Meanwhile, the Water Resources Department has reduced the release from the Red Hills reservoir to 2,000 cubic feet per second (cusecs) around 6 p.m. as the inflow dropped to 1,700 cusecs on Saturday. Officials said areas downstream such as Vadakarai, Grand Line and Samiyarmadam were heavily inundated after the recent rain and the discharge from the reservoir. “We have decided to decrease the discharge to let the stagnant water recede in the downstream areas. The Red Hills reservoir has touched 3,297 million cubic feet of water against its capacity of 3,300 mcft,” said an official.

The combined storage of the five major reservoirs, which supply drinking water to the city, was 11,296 mcft, nearly 96.08% of their total capacity. Surplus water is also discharged from the Chembarambakkam and Poondi reservoirs in accordance with the inflow. On Saturday, the city was supplied with nearly 1,007 million litres per day of drinking water, of which nearly 782 MLD was made through pipeline.