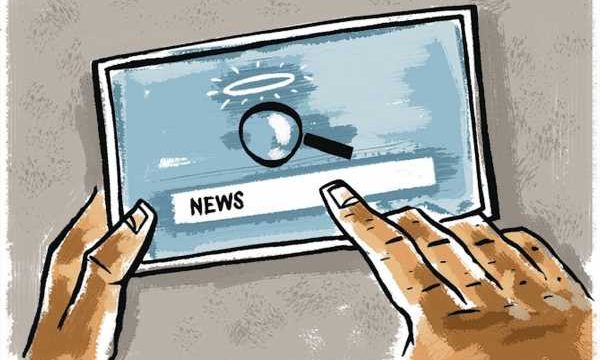 The events of the last few years shows that pessimism about where we have arrived and where we are headed is justified, argues Aakar Patel.

The big story last week WAS about what an actress said about the Independence movement.

She felt something like India’s struggle for freedom being akin to begging and that real freedom had come only after 2014.

For four days, this was the subject dominating social media and other media.

Earlier in the month, the primary news story here was about a film star’s son being jailed by the Union government’s narcotics agency though he had no drugs on his person.

This story was the dominant one for over three weeks.

Meaning that it was the lead story in the TV debates for that entire period.

For my new book I did some research on the patterns of news coverage of the two biggest English news networks.

In the month of August 2020, Republic TV out of its 45 debates and specials ran 38 on Sushant Singh Rajput’s suicide.

Times Now ran 35 on the actor and his girlfriend.

A similar study by Vihang Jumle and Christophe Jaffrelot analysed Republic TV’s content from May 2017 to April 2020.

Of the 1,779 debates in all, half were critical of the Opposition and not one was critical of government.

The point I am trying to make here is not about the political skew but about the nature of the content of our largest media organs.

This is obvious even to the media houses, which move on from one story to the next and do not go back to the previous ones they were so passionate about only a while ago.

How many stories have we seen recently about Sushant Singh Rajput’s ‘murder’ or the ‘murder’ of Shashi Tharoor’s wife? None.

The media has moved on to Aryan Khan and then Kanagana Ranaut and tomorrow it will be someone else.

They are doing this strategically and deliberately, it is their audience (meaning us) whose interests they are responding to.

In nations where the fundamentals are sorted this is not a problem and we can laugh at the absurd media content.

The lives of people, and especially those of the poor and the weak, are not affected by what the news media chooses to show.

India stands 136th in the world on life expectancy (behind Iraq and Nepal), our infant mortality rate in states like Madhya Pradesh is worse than Yemen and Sudan, unemployment has been at a post-Independence record high since 2018.

Five crore fewer Indians are working today at the end of 2021 than had jobs in 2013.

Our work force has shrunk through an additional 13 crore people have come of working age in this period.

On every meaningful measure, life for Indians compares poorly with those in other democracies.

But this is not reflected in our media. This is not the subject that interests us.

The question to examine here is why.

In my opinion we cannot blame the media for this.

There is no point in going into their motives because that is irrelevant.

They have the freedom to decide what they think is newsworthy.

We have the freedom to determine what news we want them to show.

If most of us felt that what they showed was nonsense that was not worth our time, we would not watch it.

But that is not what is happening in India.

It is the trivial and the unimportant and even the ridiculous (as is this story about an actress’s views on the freedom struggle) that is important.

And the trivial and meaningless and ridiculous is important not because there is a shortage of other news.

Ministers have said that the six kilos of free grain and dal that was being given to 60 per cent of the population (80 crore people in all) since last year will be discontinued at the end of November.

The government’s survey shows that malnutrition and stunting and wasting in children has increased in many states, with some states regressing 15 years.

However this is not of as much concern to us and as important as the things that were shown on TV yesterday and will be shown today.

It is surprising to me that though we are told we are going through a phase of nationalism, there was not much anger about the fact that our per capita GDP had fallen behind that of Bangladesh.

Equally surprising was that the news that China was building and populating villages in what we call Arunachal Pradesh and they call South Tibet got less coverage than a 30 second clip of Kangana Ranaut.

What is the destiny of such a nation? It is hard to be optimistic about such a place.

And the events of the last few years shows that pessimism about where we have arrived and where we are headed is justified.

Aakar Patel is a columnist and writer and you can read Aakar’s earlier columns here.