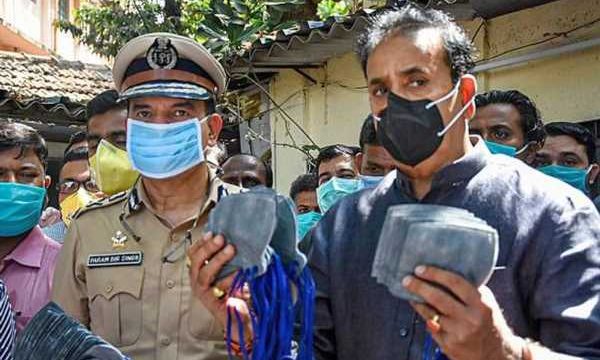 ‘We have reached a new low.’
Aditi Phadnis reports.

It is not uncommon to have ministers in government — state governments — who have serious criminal charges against them.

In Maharashtra, it is almost commonplace.

The Association of Democratic Rights report, issued immediately after the 2019 assembly elections in Maharashtra, that installed a Maharashtra Vikas Aghadi coalition headed by Shiv Sena Chief Uddhav Thackeray in power, addressed facts baldly: As many as 27 ministers in the state cabinet of 43 had criminal charges against them, with 18 of them facing serious criminal charges.

The ADR’s analysis of the affidavits of 288 MLAs (from which pool, ministers are appointed) revealed that 40 per cent of them had serious criminal charges, including murder, attempt to murder, and kidnapping.

There is — barring the Left parties –no party present in the Maharashtra legislative assembly that does not have MLAs with criminal cases.

It is hardly surprising, therefore, that India woke up recently to read juicy details of an extortion and money laundering case against former Maharashtra home minister Anil Deshmukh, who was arrested by the Enforcement Directorate and remains in judicial custody.

His other alleged partner in crime, former police inspector Sachin Waze, is already in jail and his custody period has been extended.

All this is on the basis of a complaint filed by builder-cum-hotelier Bimal Agrawal, who has alleged that Waze extorted Rs 9 lakh from him for not conducting a raid on two bars and restaurants, which he ran in partnership, and also forced him to buy two smartphones worth around Rs 2.92 lakh.

This incident is alleged to have taken place between January 2020 and March 2021, when Param Bir Singh was the police commissioner.

Consider the cast of characters: A home minister till a few months ago, in charge of all matters relating to the police, is in jail.

The police commissioner, the senior-most police officer in the state, cannot be traced and the state government had to move the court to have him declared an absconder.

Also, in jail is an inspector who is alleged to have extorted money on behalf of the home minister and was arrested on additional charges of murder.

And there’s more: The complicated case of narcotics aboard a cruise ship that the Mumbai unit of the Narcotics Control Bureau is unable to handle and has, therefore, been shifted to Delhi.

Just what is going on?

Retired police commissioner Neeraj Kumar, who has also written a book on Dawood Ibrahim and the underworld’s connections with politicians in Maharashtra, told Business Standard: “We have reached a new low. I’m not saying the state government’s charge that Centre versus state rivalry is a misrepresentation. But when a police commissioner cannot be traced and the state moves to proclaim him absconder… it is unprecedented, astounding.”

He adds: “On the other hand, this is nothing new or peculiar to Maharashtra.”

The state government firmly believes that the Centre is going easy on states where it is in power and singling out Opposition-ruled states like Maharashtra to punish.

In his Vijayadashami speech, apart from questioning the Bharatiya Janata Party’s commitment to Hindutva, Uddhav Thackeray also flagged the Centre-state relationship, saying that his government ‘won’t bow down’ to the Centre.

The provocation was obviously what the Maharashtra government sees as repeated assaults by central agencies on its partners, construing that an attack on one is an attack on all.

So far, it is MVA-constituent Nationalist Congress Party that is proving to be the weakest link for criminal investigations by the Centre.

On the other hand, Maharashtra’s politics-criminal nexus is not new.

The N N Vohra Committee, constituted soon after the 1993 bomb blasts that rocked Mumbai in the wake of the Babri Masjid demolition, submitted a 100-page report to the ministry of home affairs on October 5, 1993.

Only 11 pages of the report were made public in Parliament in August 1995.

The report had stated that there was a ‘definite’ nexus between Dawood Ibrahim, who plotted the blasts, and a very senior political leader of Maharashtra. A former chief minister was named too.

The money trail — ‘donation’ by Ibrahim in two tranches, of Rs 5 crore each to a relative of a chief minister (the relative became a politician later) — is included in the annexure.

The publicly available section of the report talks unequivocally about the influence wielded by crime syndicates in government.