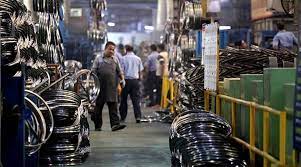 A now-scrapped requirement for GSTIN, lack of awareness and grim economic realities post pandemic could be factors. The gap must be bridged if MSMEs are to avail subsidies and other credit facilities 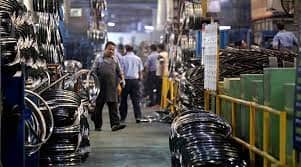 In June 2020, the MoMSME issued a notification revising the definition of Micro, Small and Medium Enterprises (MSMEs) and introduced a new registration system — the Udyam. With effect from July 1, 2020, the revisions in the MSME definition were three-fold. First, the distinction between manufacturing and services sector MMSEs was removed; second, an additional criterion of turnover was introduced; and third, investment thresholds were revised upwards. The notification also introduced a new procedure for registration in accordance with the revised MSME definition. As on March 31, 2021, which was the deadline for registering under the new Udyam system, only 26.4 lakh enterprises have registered. This means less than 5 per cent of the total estimated MSMEs (6.33 crore) in the country are Udyam registered today.

The previous registration system for MSMEs — the Udyog Aadhaar Memorandum (UAM) — had more registrations. Introduced in 2015 and operational until June 2020, this system had a little over one crore registrations i.e. approximately 16 per cent of the estimated universe. Like the UAM system, the Udyam system is also free of cost, paperless and digital. An important difference between the two systems is that under Udyam, once Aadhaar/PAN is provided, all the relevant income tax and GST data can be pulled from the respective government databases, at the backend. Moreover, a single registration is enough for multiple activities undertaken by the same enterprise.

Enterprises who self-certify and attain registration are eligible for certain benefits. These range from being eligible for subsidy schemes like the Credit Linked Capital Subsidy Scheme (CLCSS) to registering complaints regarding delayed payments on the MSME SAMADHAAN portal. As per the RBI’s notification from August 2020, lenders may demand the Udyam registration for credit purposes. The Udyam portal is also integrated with the Government e-Marketplace and the Trade Receivables and Discounting System (TReDS) so that enterprises can participate in government procurement, and have a mechanism for discounting their bills.

Why, then, is the registration rate among MSMEs this low in India?

One explanation for slow registrations could be the earlier requirement that companies that wanted to register under Udyam had to provide their GSTIN. Since many companies have a turnover of less than Rs 40 lakh and hence do not need to be GST compliant, it rendered them ineligible to register on the Udyam system. Such a requirement was removed by the MoMSME on March 5, 2021. However, since the deadline for registration was March 31, 2021, this intervention could have deterred many MSMEs from registering on the Udyam portal. Of the total Udyam registered enterprises, only 2 per cent are with GSTIN.

Another explanation could be the lack of awareness regarding the new registration system itself. This is a general observation when examining low off-take of schemes that are rolled out for the sector. According to the last conducted survey for the NCAER Business Confidence Index (BCI), as of December 2020, about 75 per cent of MSMEs were not aware of the Emergency Credit Line Guarantee Scheme (ECLGS). Low levels of awareness regarding the roll-out of schemes, their eligibility conditions, paperwork requirements and grievance redress mechanisms impact overall off-take of these schemes. In a written reply provided to the Rajya Sabha, the Minister of MSMEs said 87 lakh units have availed guarantees under the ECLGS (as on 2 February, 2021). This means only close to 14 per cent of the total MSMEs have utilised this scheme since it was introduced as part of the Atmanirbhar Bharat package for the sector.

Another grim but likely explanation could be that a vast number of MSMEs have had to wind down in the pandemic period. Despite policy initiatives to give the sector a fillip, lockdowns and disruptions in supply chains would have increased delinquencies. Unable to cope, it is inevitable that small businesses would have had to shut shop.

The fate of close to 6 crore unregistered entities remains uncertain. The question remains whether they will be allowed to avail subsidies and other credit facilities without an Udyam registration. Priority Sector Lending (PSL) directions have not stated an explicit requirement for a UAM or the Udyam number. However, since the RBI has allowed lenders to demand the Udyam registration for credit purposes, it is possible that some may choose to do so. Given the already burgeoning credit gap in the sector, lenders placing such requirements for a priority sector could further accentuate the credit gap for MSMEs.

The MoMSME is yet to comment on whether the Udyam registration deadline will be extended for another few months. While the expectation is that the deadline will be extended, the need to ramp up the execution of such important initiatives cannot be overstated. Ten states in the country account for 74 per cent of the total estimated MSMEs. Uttar Pradesh tops the list with 89 lakh MSMEs of which only 2 lakh have registered under Udyam. In states that make up the predominant share of MSMEs in the country, the MSME-District Institutes and other field offices of the MoMSME must be tasked with educating and creating awareness regarding the Udyam system, on a priority basis. Last-mile awareness regarding systems and schemes that can benefit MSMEs will be a necessary step towards bridging the never-ending access gap.

Pandey is a fellow and Pillai a research fellow at National Institute of Public Finance and Policy (NIPFP). Views are personal.