The fishermen reached out to the worst-affected areas, spending their own money to transport their mechanised boats and fuel in trucks. Incidentally, just a few months ago these same fishermen were reeling from the aftershocks of the Ockhi cyclone.

Not all heroes wear capes, some wield oars and shovels. Take for instance the fishermen who have emerged as the unsung heroes during the floods in Kerala. Braving inclement weather and treacherous waters, hundreds of fishermen helped rescue thousands of people marooned across the affected areas. Their grit and experience in turbulent waters helped facilitate the rescue operations carried out by security forces and NDRF in areas where air lifting was not even feasible or just not available.

The fishermen reached out to the worst-affected areas, spending their own money to transport their mechanised boats and fuel in trucks. Incidentally, just a few months ago these same fishermen were reeling from the aftershocks of the Ockhi cyclone and are still themselves recovering. Venturing into the remote corners with their vessels, they played a decisive role in rescuing people from critical areas like Chengannur and Kuttanad and provided relief materials, essential food items and drinking water to rescue camps. Most of the fishermen involved in the herculean task hail from districts such as Malappuram, Kollam, Kannur, Thrissur, Ernakulam and Thiruvananthapuram.

Most of them live in dire conditions, working day and night to make their ends meet, but still took the risk. Majid M K, a native of Malapurram district, narrates his experience of joining the rescue mission in Mattathur, Thrissur. “We were struggling to manoeuvre our boat because of strong water current. There came a point when we worried for our own lives,” the 43-year-old says, his voice choking. “One of my boats got damaged after hitting against a wall. We had to abandon it and carried on with our rescue operation in another boat,” Majid continues. 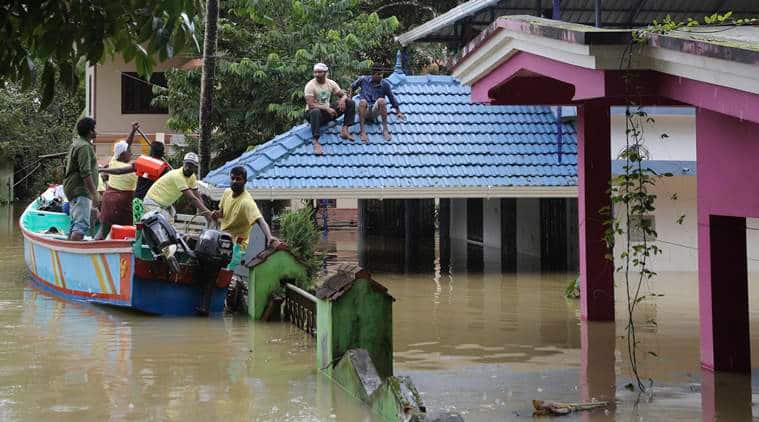 Rescuing an elderly couple from a flooded house, he says, was the most memorable moment of his life. “They thought that they were going to die. To save themselves from swelling waters, the couple, in their 70s, had stacked two beds on one another. They had almost given up. Their eyes welled up with tears after they were rescued. I will never forget that moment,” he recalls.

Razak Kottin, another fishermen involved in rescue operation, said he and his friends did not do it for monetary purpose. “We did a total of 80 trips and rescued around 150 people from Chalakudy over the course of two days,” says Razak who along with his friends took two boats to Chalakudy, one of the most affected areas in the flood fury.

“We didn’t go there expecting monetary benefits. Instead, we could empathise with them. We did it for our people,” he says, adding that they realised the gravity of the situation after reaching Ground zero.

CM Pinarayi Vijayan was quick to acknowledge the efforts of fishermen like Majid and Razak. Vijayan declared that all fishermen who took part in the rescue mission would be felicitated. “The fishermen intervened in a great way. Many of their vessels got damaged. The government would compensate them for the loss suffered. Apart from that, a boat would be given Rs 3,000 a day and the state would meet the fuel expenses,” he said.

With memories of December 2004 tsunami tragedy still fresh, these fishermen perhaps have a better understanding of the helplessness of those trapped in coastal areas. These ‘sons of the sea’ truly deserved to be called bravehearts of the ongoing rescue mission. For when flood fury ebbs and Kerala limps back to normal, the people of the state should not forget the services of these fishermen bestowed upon them.

As per official figures, more than 210 people have lost their lives and thousands injured in one of the worst monsoons the state has seen in a century. Kerala Chief Minister Pinarayi Vijayan has out the initial estimates of loss at Rs 19,512 crore.

A foodie's guide to Jail Road

The amount of loss in Kerala because of floods: News in Numbers