As per the detailed data analysis released by the ministry Tuesday, the average daily cases in Punjab have shot up from just 240 cases (February 10 to 16) to 2,793 cases (March 31 to April 6). 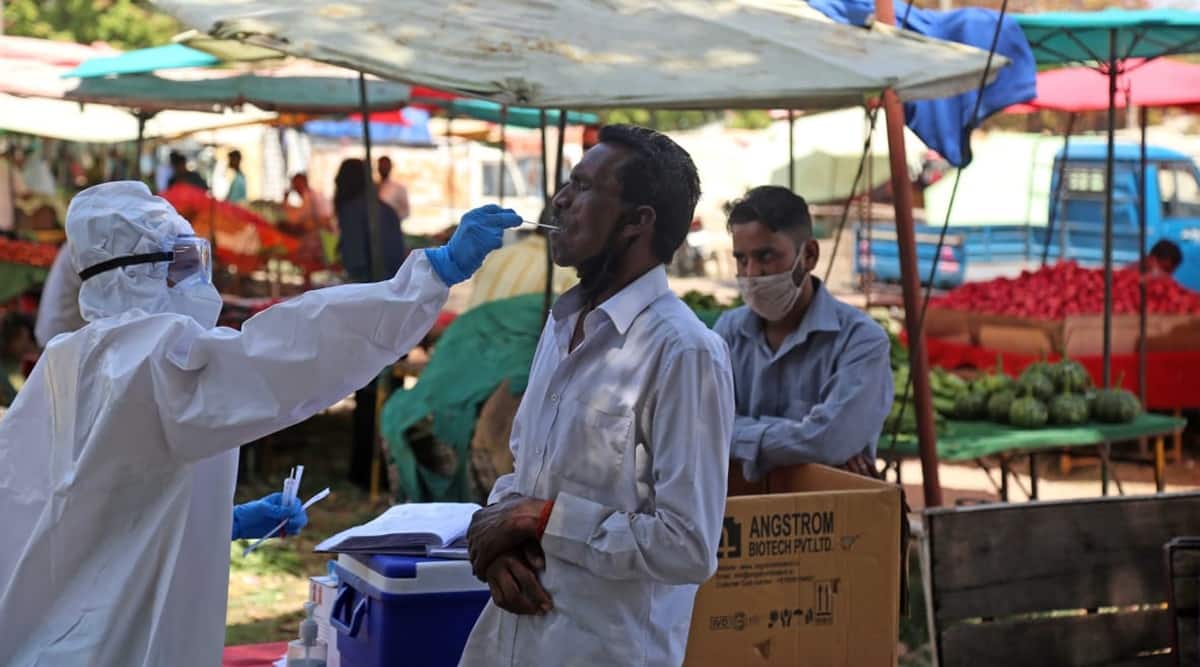 The Union Ministry of Health and Family Welfare (MoH&FW) Tuesday said that Punjab was among 11 states/UTs apart from Maharashtra and Chhattisgarh, where a continuous surge in daily Covid cases and deaths was being reported.

As per the detailed data analysis released by the ministry Tuesday, the average daily cases in Punjab have shot up from just 240 cases (February 10 to 16) to 2,793 cases (March 31 to April 6).

Similarly, the daily average deaths in Punjab due to Covid have witnessed almost seven-time jump.

From eight deaths a day on average (from February 10 to 16), the fatalities due to Covid have increased to 58 deaths a day (March 31 to April 6), as per the data released by the Union Ministry.

On Monday, the ministry said that it has rushed two-member multidisciplinary, public health teams in nine districts of Punjab (one team for each district) to assist local state health authorities in COVID-19 management. The nine districts where these teams have been deployed are: Amritsar, Ludhiana, Patiala, Rupnagar (Ropar), SAS Nagar (Mohali), Jalandhar, SBS Nagar (Nawanshahr), Kapurthala and Hoshiarpur.

These districts have been reporting maximum daily cases and deaths in Punjab with all four Doaba districts (Jalandhar, Hoshiarpur, SBS Nagar & Kapurthala) emerging as COVID hotspots in the second wave which started in Punjab in February last week. The first wave was witnessed in August-October last year.

Punjab recorded 62 Covid deaths and added 2,924 fresh cases in the past 24 hours, as per the state bulletin, Tuesday.

With 62 fresh deaths Tuesday, the toll in Punjab due to Covid reached 7,216. As per the district-wise break-up of 62 deaths, a maximum of nine died in Amritsar, seven in Hoshiarpur, six in Jalandhar, five each in Gurdaspur, Ludhiana, SAS Nagar and Kapurthala, four in Patiala, three each in SBS Nagar and Tarn Taran, two each in Bathinda and Muktsar and one each in Sangrur, Ropar, Barnala, Ferozepur, Faridkot and Fazilka.

While 29 patients in Punjab are on ‘critical and on ventilator support’, 357 are on oxygen support.