‘Even though as Xi will seemingly continue to stay in power beyond his third term, competitions for the post-Xi leadership would be inevitably unfolded beneath the surface of water, and that will be a big headache for Xi the dictator.’

Professor Guoguang Wu is one of the foremost scholars on China’s political, cultural social and economic history.

Now a Senior Research Scholar at the Stanford Center on China’s Economy and Institutions and Senior Fellow, Center for China Analysis at the Asia Society Policy Institute, Dr Wu has held senior positions at some of the world’s top academic institutions.

Before moving to New York, Dr Wu was chair of the Centre for Asia-Pacific Initiatives at the University of Victoria, Canada.

Born in Linyi in China’s Shandong province in 1957, Dr Wu holds a BA in journalism from Beijing University, an MA in law from the Chinese Academy of Social Sciences, and another master’s degree and a PhD in political science from Princeton University.

After serving in the rural areas of the People’s Republic of China as part of Mao Zedong’s ‘Down to the Countryside’ movement, he returned to Beijing to serve at the Chinese Academy of Social Sciences and the Institute of Political Reform of the central committee of the Chinese Communist party led by then premier Zhao Ziyang, and concurrently director of the editorial and commentary desk of the People’s Daily.

One of the key drafters of the Communist party’s ’13th General Meeting’ report on political reform, he resigned from government service following the brutal crackdown on the Tiananmen Square protesters in June 1989.

As Xi Jinping, 69, prepares for an unprecedented third term (and probably the rest of his life) as general secretary at the 20th national congress of the Communist party of China which begins on Sunday, October 16, Dr Wu took time out from his hectic schedule to respond to Rediff.com Senior Contributor Ramananda Sengupta‘s questions on the implications of this development, and what the world can expect from a man who is seen as China’s most powerful leader since Mao.

What do you see as Xi Jinping’s three biggest challenges in his third term?

1. Succession politics: Even though as Xi will seemingly continue to stay in power beyond his third term, competitions for the post-Xi leadership would be inevitably unfolded beneath the surface of water, and that will be a big headache for Xi the dictator.

2. To quickly and decisively improve the Chinese military capability for taking over Taiwan. This is a big challenge because it is probably unfeasible to achieve it, at least not within the next five years.

3. Tightrope walking between, in foreign policy, his fundamentally pro-Russia policy and avoiding to become a major target of international sanctions, and between, in domestic governance, continue and even tighten social control, on one hand, and avoiding the further economic disaster, on the other hand. 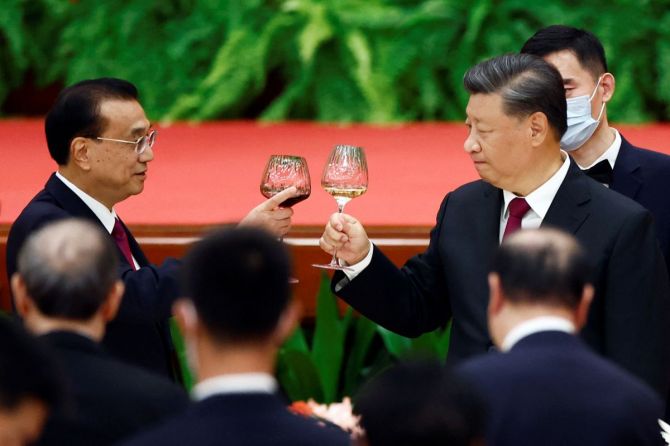 Do you think General Secretary Xi will be able to make the tough economic choices needed to deal with the sharp decline in China’s economic growth? What are the two main options before him?

I guess that his priority is not on the economy; his challenge in the regard might lie in walking on the rope of keeping a kind of balance between some economic growth and promoting his political agenda on which many elements are negative to economic development.

In the CCP’s official language (as that is repeated in the gazette of the newly closed plenary session of the Central Committee, publicised today [October 12]), that is to ‘coordinate’ security and development.

Xi reportedly ‘sees external security threats largely through the prism of how they could undermine party rule at home’.
What are the main external threats that he needs to address?

Ever since the 1989 Tiananmen crackdown, the CCP regime has identified Western democracies in general and their promotion of democratisation worldwide as the major external security threats, though sometimes the regime highlights this and sometimes it takes a low profile in the regard.

Xi obviously highlights this concern, as his recent speeches at the SCO summit in Samarkand helped to disclose again. Will the party congress herald a new era of factional ‘politics with Xi Jinping characteristics’, or will he respect some of the traditions of the party in the name of ‘collective leadership’?

The CCP never admits that there are factional politics within the party, despite outside observers use of the term to analyse CCP politics.

On the contrary, there is never such a tradition of so-called ‘collective leadership’ within the CCP, though Mao invented and emphasised the term and the CCP often claims it as a principle for its leadership system.

For the latter issues, even with the Deng Xiaoping era and the Jiang Zemin era, which are portrayed by some as that with the ‘collective leadership’, we know that there was always the ‘core’ of the leadership.

The ‘core’ leader is obviously above the leadership in decision-making and exercising power, which hallows the claimed ‘collective leadership’.

Xi is now seemingly more powerful than Deng or Jiang in their respective terms; he is established, according to the CCP’s official announcement, as both the ‘core’ of the central leadership and the ‘core’ of the entire CCP. I don’t know how much ordinary Chinese residents know about India’s political and economic reality, but, at least among overseas Chinese, including academic people in social sciences working in North America, many think that India is much less developed than China and India’s governance is not able to match that of China.

They usually take a single-minded materialist perspective in seeing so.

The bilateral relationship is very much determined by the two governments, rather than by social perceptions of each other.

As the current Indian government tries hard to keep a balance between China and the West, the Chinese government seems glad to take advantage of this for strengthening its ability and status in international relations. 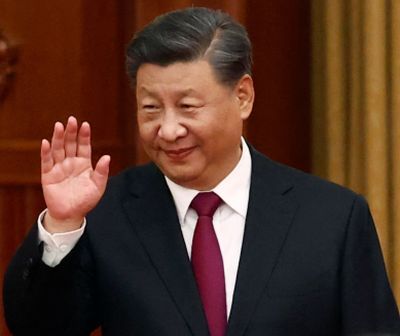