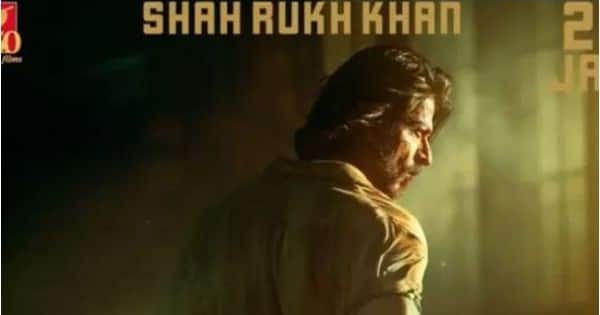 Yesterday, out of nowhere #BoycottPathaan started trending on social media. From Shah Rukh Khan’s behaviour with a fan to Deepika Padukone’s visit to JNU in 2022; netizens are upset with SRK and Deepika for multiple reasons, and that’s why they are targeting Pathaan which is slated to release on 25th January 2022. However, Shah Rukh Khan fans are not behind. As soon as they saw that there was a negative trend going on against their favourite star, they come out in support and #PathaanFirstDayFirstShow started trending on social media.

A fan tweeted, “#PathaanFirstDayFirstShow I don’t care about lal singh chadda ..but sharukh khan is emotion..” One fan posted, “Come any circumstance, We are ready to combat it, TOGETHER. Let Nothing…Nothing spoil your theatrical experience, watching the most special movie @iamsrk.”

Directed by Siddharth Anand, Pathaan also stars John Abraham in the lead role. While this year we have seen Shah Rukh Khan in a cameo in a few films, it will mark the superstar’s comeback on the big screen after a gap of four years.

Apart from Pathaan, Shah Rukh Khan has Jawan and Dunki lined up. Jawan, which also stars Nayanthara, is slated to release in June 2023, and Dunki will hit the big screens during Christmas 2023. Directed by Rajkumar Hirani, Dunki also stars Taapsee Pannu in the lead role.

Shah Rukh Khan was recently seen in a cameo in Aamir Khan starrer Laal Singh Chaddha. He also has a cameo in Brahmastra which is slated to release on 9th September 2022.