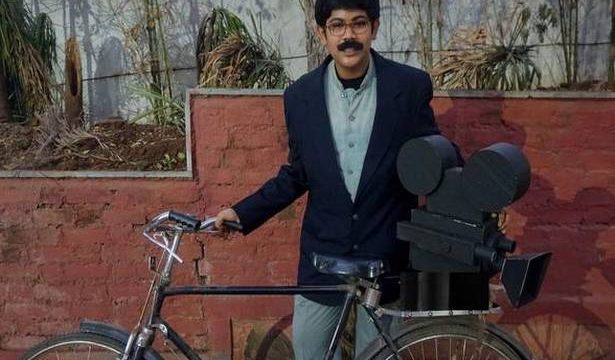 The nanhe kalaakar (child actors) of Pune-based Swatantra Theatre are set to bring on stage Dadasaheb Phalke, known as the Father of Indian Cinema, though the online mode. Directed by Abhijeet Choudhary, the play in Hindi delineates Dadasaheb Phalke’s journey. While the play is produced by Yuwaraj Shah, creative direction and music is by Dhanashree Heblikar. The play will be presented in two parts, on each on April 30 an May1.

The young team of actors first wrote down the project and then underwent acting training followed by discussions to improvise their performance. “

This is a pre-recorded play as the group had staged the play two years ago on Dadasaheb’s 150th anniversary at Pandit Jawaharlal Nehru auditorium in Pune.

Part one, on April 30, focuses on Dadasaheb’s early life; his childhood and interactions with several people who laid a path to his dream. Part two will show Phalke the filmmaker’s journey on May 1. Some of the high points captured here include his visit to Germany and London to to learn photo printing, understand the intricacies of filmmaking and investing all his money in his creative pursuits.

The plays (running time 1 hour 45 mts) can be watched for free on Swatantra theatre group’s YouTube channel on April 30 and May 1 at 5 pm.