Perhaps the best testimony to Mumbai’s struggle with modern-day greed is the way nature expresses its wrath over the city, year after year in the form of large-scale destructive floods. The question then arises as to what went wrong in the decades spent building Mumbai.

Gregory David Roberts, the author of the bestselling novel Shantaram, is believed to have once remarked that “more dreams are realised and extinguished in Bombay than in any other place in India”. Mumbai, the city of dreams, desires, glamour, and fame has for decades attracted all of India to dwell in it and to revel in the life of struggle and toil it has to offer. The story of Mumbai began when Portuguese explorer Vasco da Gama landed on the Southwestern coast of India in the late fifteenth century. Within a decade the Portuguese gained a stronghold over Bombay which was then seven separate islets.

What the Portuguese began, the British took forward in the seventeenth century. Under them, the city took a new birth, transformed itself and shone like a gem attracting merchants, traders, bankers from all over the world. In the next couple of centuries, the British went on to alter the city’s architectural space, building tall gothic structures, reclaiming lands submerged under the sea and constructing roadways, bunds and drainage systems. In the process of building and rebuilding the city under the colonial regimes, Bombay in itself was becoming a colonising force. Trapped under the brutal maneuvers of colonialism it began oppressing those it attracted through crowded streets and shanties, deplorable living and working conditions and regular outbreaks of disease. “The Portuguese are long gone now, the British have packed their bags and left, and yet the experience of the city as a colonising force persists,” writes historian Gyan Prakash in his celebrated book, ‘Mumbai Fables’. What was once colonial greed has now turned into the avarice of an independent, industrialising India, eager to find itself space within the ranks of the world economic powers. Perhaps the best testimony to Mumbai’s struggle with modern-day greed is the way nature expresses its wrath over the city, year after year in the form of large-scale destructive floods. Writing about the floods that stalled the city in 2005, journalist Naresh Fernandes in his book ‘City adrift: A short biography of Bombay’ remarked: “The 26 July rains had made apparent decades of wilful damage wrought on Bombay. Politicians and bureaucrats, in their eagerness to benefit builders, had disregarded all notions of sustainable development.” The question then arises as to what went wrong in the decades spent building Mumbai that the city is still posited against nature in an unwilled fight at least once every year. Bombay: The city of colonial greed

“One factor that causes flooding is the impediment to groundwater recharge, which is the process of water permeating into the soil due to the land area’s porosity. The more land that one starts paving, the higher the chances are of rainwater accumulating on the surface, causing waterlogging. This is called a run-off,” says Saptarshi Sanyal, Assistant Professor at School of Planning and Architecture, New Delhi[SS1] . He adds that the concept of a runoff is particularly useful in understanding why Mumbai is prone to floods because large parts of the city is built over on reclaimed lands, that is land created artificially from underneath the ocean.

The process of reclaiming land from the ocean can be traced back to the very roots on which Bombay was built. Gyan Prakash in his book writes that the idea of reclaiming lands submerged under the sea was mooted by the Portuguese. But it was the East India Company that took it up in all earnestness as they found themselves with a group of scattered islands with land space less than 20 square miles. The first such reclamation project was completed in 1784. “By 1838 these reclamations, the filling of breaches and the construction of bunds and roadways, had joined the seven islets into a single island,” writes Prakash. In essence, Bombay was built on land stolen from the sea. The Europeans were quick to realise the economic benefits that could be churned out of reclamation projects and soon after, hills were flattened out and the rubble was thrown into the marsh for the sake of reclaiming more and more land. “We have created a city out of the water,” said historian Mariam Dossal in an interview with the Guardian.

While the city took birth upon the selfish interests of colonial authorities, the subsequent development of Bombay as a colonised city, also shows how the imperial powers moulded it as per their needs. “Such cities embody the most highly developed features of colonial rule; they are essentially parables of power which are translated in different cities into explicit forms of aggregation and control,” writes Dossal in her article ‘Limits of colonial urban planning: a study of mid-nineteenth century Bombay.’

While there were significant efforts made on the part of British colonial authorities to build an infrastructure in Bombay that the Europeans could boast of as their own creation, imperial interests would always take center stage. For instance, in the second half of the nineteenth century, the building of comprehensive drainage systems, large land reclamation projects, transport systems and wet docks were priorities of the British builders. However, the 1857 revolt meant that funding for the development projects was quick to be diverted into military needs and Bombay’s development took a back seat. Further, Dossal writes in her article that European planners were rather dismissive of Indian builders, making it all the more difficult for public works to be completed on time.

When a free India took birth in 1947, its first steps was accompanied by large-scale urbanisation. The rapid urban development, however, was restricted to only certain cities, to which men and women from all over the country migrated in search of economic opportunities. Bombay, of course, was one of the most important urban centers in this regard. It was not only receiving migrants from all over the country, but also from among those who had lost their homes in the bloodshed of Partition.

Independent India’s ‘city of dreams’ had to be created most efficiently, and most importantly with technical expertise. “In the dream world of planners, Bombay appeared primarily as a configuration of industries, buildings, houses and streets, a system of production, communication, and circulation,” writes Prakash. Yet again, when the planning of Bombay was being re-examined in the 1960s, the guiding principle of the Bombay Municipal Corporation (BMC) was to improve the city as an industrial space. 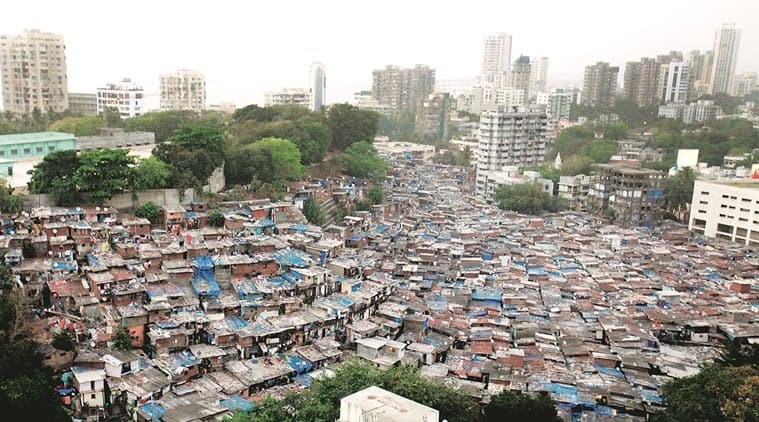 “Organising such a space required the strict control of land use because the land was the basic commodity in which the town planner deals,” writes, Prakash. Consequently, the urban planning of independent India’s Bombay went back to the same approach that was first postulated by the colonial rulers- that of reclaiming land from the sea. A study conducted by Mumbai Transformation Support Unit (MTSU) in 2012 showed that Mumbai has seen thrice as many reclamations in the years after Independence as it did under 250 years of colonial rule. Moreover, the reports showed that large-scale reclamations were carried out both officially by government agencies, and illegally by several others. “The reclamation that was carried out originally only to link the seven islands of Mumbai was eventually performed to a greater extent to accommodate the ever-burgeoning population of the city,” says a report published by Professor P.T. Kadave, A D Kale and Shubham Narwade. They added that “some of this development has extended further to encroach upon the city’s existing stormwater drains, in
order to meet the housing demand of the city’s growing population.” The large number of reclamation projects in the city was accompanied by haphazard industrial and urban constructions on the land. “In Mumbai, the towers are built in very high density, you can literally look into people’s homes. In such a situation there is no space for the water to go when it accumulates,” says Sanyal. He goes on to explain that “a lot of new developments often overlook the natural lay of the land in terms of the drainage”. “In such a situation first of all the water will get blocked somewhere or the other, and secondly, the water cannot even seep into the ground because concreting and roadways are largely impervious,” he explains.

One example of such haphazard development in Mumbai is the construction of the Bandra-Worli sea link in 2010. “It has constricted the mouth of Mithi River at the Mahim bay. So, when the water from the river is discharged into the bay, during the high tides, due to its mouth being constructed the water surges back and overflows from the bank resulting in devastating floods,” write Kadave, Kale, and Narwade.

Stealing land from the sea, too much urban development in too little time, and lack of thought towards natural drainage patterns are, however, just part of the problem that the ‘city of dreams’ suffers from. The larger question remains if the ‘dreams’ themselves have caused the problem. “There is a social angle to this as well, in terms of what people are aspiring. Now we have a situation wherein, on one hand, there is an economic group that do not have places to live, and then there is another group who invest in houses in which they don’t even live,” says Sanyal adding that “we need to reflect upon whether our demands are tenable and sustainable or not”.

Today Mumbai experiences and re-experiences its worst nightmare every year between the months of June and August. People get stranded for hours, roadways and railways are brought to an indefinite halt and yet the city’s inexplicable charm remains unfazed. Every year millions make their way to this city, during rain or not, hoping to link their fates with the city’s own meteoric rise. However, as Fernandes rightly puts across in his book, and we need to remind ourselves over and again: “A city can flourish only if it has common ground to make common cause”.

Mumbai cops to patrol on horses first time since 1932

Who are you to question me? Don’t cross your limits: AP speaker to TDP

Got a new job? Check out these five money tips
We and our partners use cookies on this site to improve our service, perform analytics, personalize advertising, measure advertising performance, and remember website preferences.Ok