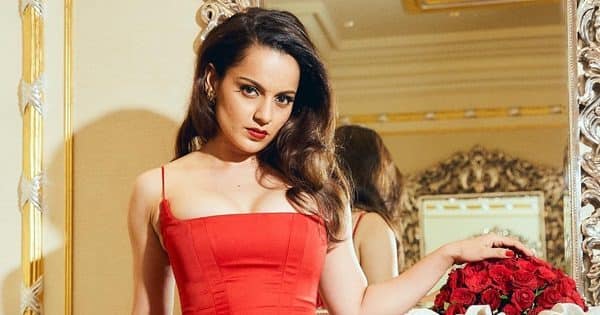 Kangana Ranaut has been at loggerheads with Bollywood folks such as Karan Johar, Alia Bhatt and many others. She has never shied away from openly criticising them and saying mean things about them on social media. As the country is celebrating the festival of lights, Kangana took a moment to pen a heartfelt confession on hurting her ‘Bollywood friends’.

On the auspicious day of Diwali, Kangana shared a tweet which says, ‘To anybody who I hurt this year, you deserved it.’ She then used it as a reference to convey her message to the film fraternity. “Now that the year is ending, I want to confess something similar to my Bollywood friends.” It seems like Kangana doesn’t regret any of her actions or words that she spoke against the industry people.

Kangana’s confession has come right after she attended Ekta Kapoor’s Diwali bash which was attended by the likes of Taapsee Pannu and Karan Johar who she has brutally criticised in the past. It was definitely a rare sight to witness Kangana sharing the same roof with her so-called enemies. 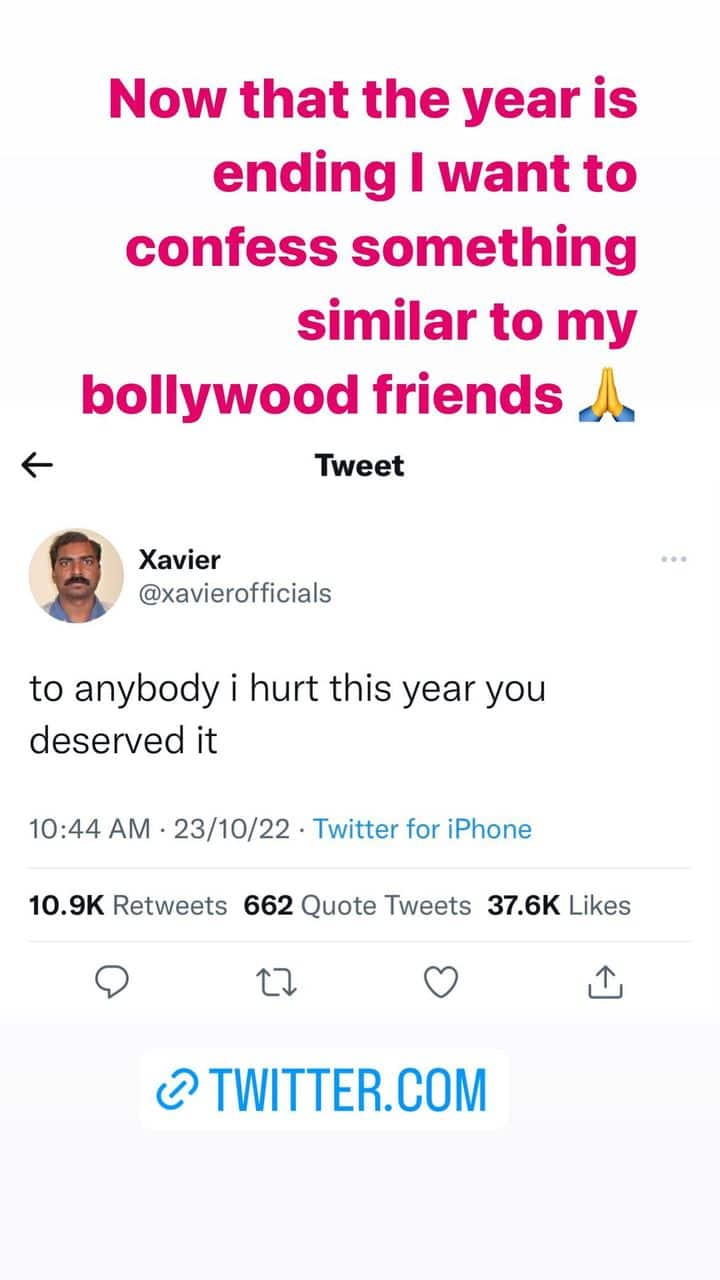 On the work front, Kangana is currently busy shooting for her upcoming directorial debut Emergency, where she plays the lead role of the late former Prime Minister Indira Gandhi. She will also be seen next in Tejas essaying the role of an Air Force pilot.

She recently announced that she will be seen essaying the role of the legendary Bengali theatre actress Binodini Dasi, professionally known as Notee Binodini, in an upcoming film to be directed by Pradeep Sarkar. This yet-to-be-titled mega-budget film has been written by Prakash Kapadia, who has movies such as Tanhaji: The Unsung Warrior, Padmaavat, Devdas and Black to his credit.