Over 5,000 paramilitary personnel have been airlifted to Northeastern states, including Assam, for the maintenance of law and order in wake of the protests. 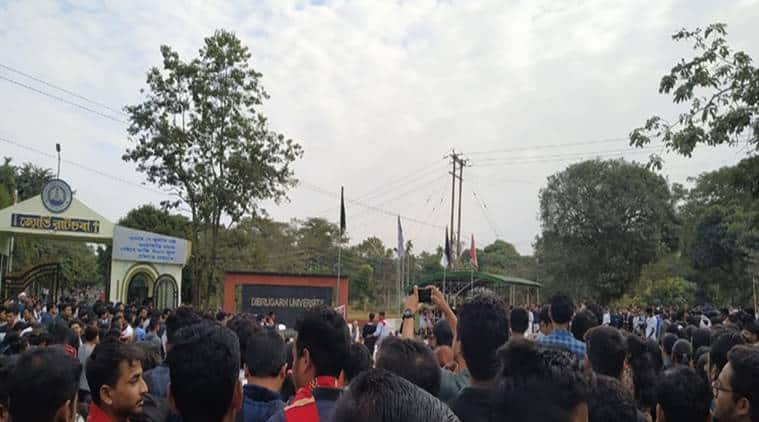 Due to the ongoing protests against the Citizenship (Amendment) Bill, all the exams scheduled till December 16 in the Dibrugarh University and Gauhati University have been postponed. The revised dates are yet to be announced.

The Indian Army carried a flag march in Assam’s Dibrugarh after the protest against the Citizenship (Amendment) Bill. Reportedly, over 5,000 paramilitary personnel have been airlifted to Northeastern states, including Assam, for the maintenance of law and order in wake of the protests.

In Assam, students proceeded towards the state secretariat in large numbers, broke barricades and clashed with the police. The police resorted to lathi-charge and fired tear gas shells and rubber bullets at the demonstrators. In support of the same, students from Aligarh Muslim University (AMU) are holding a protest on their campus.

The Lok Sabha passed the contentious Citizenship (Amendment) Bill, 2019, after over seven hours of heated debate. The Bill passed in Lok Sabha with 311 votes in favour and 80 against it.

For all the latest Education News, download Indian Express App