At least half of them — four from Uttar Pradesh, two from Rajasthan and one each from Madhya Pradesh and Uttarakhand — will teach in Hindi. The remaining colleges — from Andhra Pradesh, Maharashtra, West Bengal and Tamil Nadu — will offer the programme in Telugu, Marathi, Bengali and Tamil, respectively. 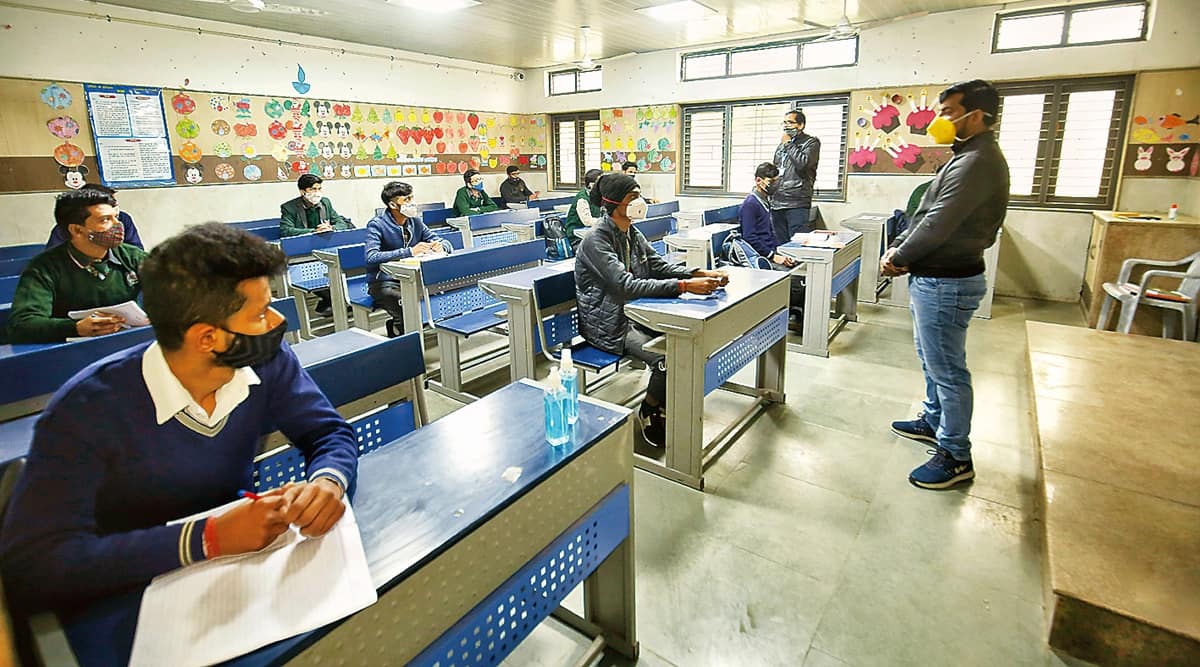 Fourteen engineering colleges across eight states have secured permission from the All India Council of Technical Education (AICTE) to collectively admit over 1,000 students in undergraduate programmes that will be taught in regional languages from the new academic year.

At least half of them — four from Uttar Pradesh, two from Rajasthan and one each from Madhya Pradesh and Uttarakhand — will teach in Hindi. The remaining colleges — from Andhra Pradesh, Maharashtra, West Bengal and Tamil Nadu — will offer the programme in Telugu, Marathi, Bengali and Tamil, respectively.

The technical education regulator’s approval has been granted for select branches — most of them are for computer science, followed by electrical and electronics engineering, civil engineering, mechanical engineering and information technology.

This is the first year that AICTE — in line with provisions of the new National Education Policy (NEP) that calls for education in one’s mother tongue as far as possible — has permitted engineering colleges to offer B.Tech programmes in 11 regional languages (Hindi, Marathi, Tamil, Telugu, Kannada, Gujarati, Malayalam and Bengali, Assamese, Punjabi and Oriya).

Last year in November, the Union Education Ministry had announced that would will push for technical education, especially engineering, in regional languages, starting from the 2021-22 academic year. The Ministry had also indicated that some of the top engineering schools such as the IITs and NITs might be among the first to implement this.

The response of the IITs to this announcement was lukewarm. Most were not in favour of the proposal, arguing that since the demography of students studying in IITs is diverse, offering B.Tech programmes in several regional languages would not be feasible.

Lessons from the past

Madhya Pradesh’s Atal Bihari Vajpayee Hindi Vishwavidyalaya and Tamil Nadu’s Anna University have done this in the past. But the initial response to the Vishwavidyalaya’s programmes was lukewarm since there wasn’t enough reading material in Hindi for engineering students. Drawing from that experience, AICTE is now translating material.

However, the AICTE, based on the results of a sample survey, decided to give recognised colleges an option to offer engineering courses in vernacular languages.

Last week, Prime Minister Narendra Modi gave a fresh push to this NEP proposal in his address to 100 centrally-funded technical institutes. In his address, he emphasised the need to develop “an ecosystem of technological education in Indian languages” and to “translate global journals into regional languages.”

Speaking to The Indian Express, AICTE Chairman Anil Sahasrabudhe said the technical education regulator has already finished translating all video lectures on engineering on the Ministry’s SWAYAM platform in eight regional languages. Content will soon be translated into Oriya, Assamese and Punjabi, too. SWAYAM hosts online open courses and lectures on engineering, science, humanities, management, language, mathematics, and commerce, among others.

“Permission to teach engineering in regional languages has only been given to [National Board of Accreditation] NBA-accredited programmes. The translation of SWAYAM lectures for first-year students is complete and we are now roping in teachers to also translate existing textbooks and also write their own in regional languages,” he told this newspaper.

“We are aware of the market needs, which is why English will be studied as a language in the regional languages programmes. In all of our translated work we have ensured that the English names of the scientific concepts are retained,” he added.