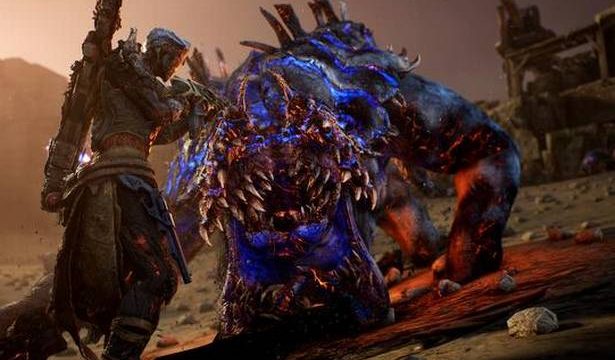 Outriders is a fast-paced loot-and-shoot game ideal for the PlayStation 5, set on an Earth-like planet with monsters and post-apocalyptic humans

The developers of Outriders, People Can Fly, make addictive action games in the simple shooter genre. Bulletstorm, for instance, was a first-person shooter with attacks that sent people flying, perhaps justifying the studio’s unique name. Outriders is their wild attempt at the lucrative loot-shooter genre — which includes games such as Borderlands, Destiny and The Division.

The game has an extremely addictive shooter dynamics within a pretty good story. Humanity looks to planet Enoch after its mistakes destroy earth. You play as an Outrider, a highly trained soldier sent to scout and prepare the new planet for the rest of the colonists.

But a deadly energy storm kills your entire team and puts you in cryostasis. You wake up as an ‘Altered’, a mutated human with superpowers. And, you find yourself in the middle of another war. You face off against Enoch’s monsters as well as factions of humans fighting over resources.

Outriders has the plot of a blockbuster film. I wanted to go on several sidequests to explore the game’s world and experience its action. The shaky camera on the cutscenes, however, is annoying. Thankfully, you can change the camera setting.

The game’s action stands out. It borrows the best elements from several popular action games. Outriders is fast and frantic like Doom Eternal. And, you have the advantage of special powers. The game feels like Gears of War in both design and cover system, but there is also a distinct Mass Effect 3 vibe to it.

For your character, you can select from four distinct classes, each with its unique play-styles, strengths and weaknesses. The combination of gunplay and powers is great, but the cover system makes zero sense. The enemy AI is aggressive and is designed to keep you on your toes. They also cheat a bit. Hiding behind cover will automatically attract all their grenades, as they know where you are all the time. Additionally, the dodge button seems to have a mind of its own. On many occasions, I dodged the wrong way and one of the game’s punishing Altered bosses made quick work of me.

Outriders can be played solo by adjusting the difficulty tiers. But it is a game to be played with friends. In co-op, you can strategise and take down bosses effectively; encounters become a lot more fun. Though, at the time of writing this, there were many server down-times and game crashes on PC.

The game’s core mechanics are strong with great animations but things feel a bit inconsistent. This is especially evident in the sound design. On some battles, it feels as if a bunch of kids put ‘pew-pew’ and ‘tew-tew’ fighting sounds in the game. Oddly, factors such as distance did not affect the sound. So, a gatling gun-wielding enemy, who is afar, sounds like he is right in front of me.

While Outriders has a few rough edges, People Can Fly has done what EA, Bethesda and Crystal Dynamics struggled to do with Anthem, Fallout 76 and Avengers. It is a fun game with addictive gameplay mechanics and a decent story. Play it with your friends to make the most of it.