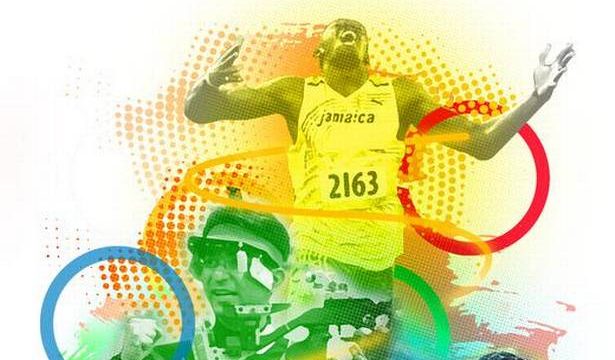 Ahead of the spectator-less and sterile 32nd Summer Olympics that begins next week, a sports journalist recalls the simple joys of previous editions

It was August 2016. At the historic Maracanã Stadium in Rio de Janeiro, Japan promised to host an “innovative’’ Games in 2020, during the closing ceremony of the 31st Olympic Games. Shinzo Abe, the then Japanese Prime Minister, created a stir as he popped out of a green drainpipe, dressed as Super Mario, the star of the Nintendo video game series. To reach Rio in time, he was assisted by the beloved blue Doraemon cat with a pocket full of magic gadgets.

Japan was optimistic about using technology to the hilt to host a memorable Games. And we felt lucky at the Maracanã to soak in the atmosphere. As athletes cheered and danced, and rain drenched the arena, Rio said, ‘Obrigado’ and Japan said, “See you in Tokyo’’.

Then came July 2020, when the coronavirus swept aside technology and human power. As the world stayed home and socially-distanced, the Olympics was postponed (pushing it closer to Paris 2024). And Japan got a new prime minister, Yoshihide Suga, to face the challenges.

Now, a year on, even as we finish watching the Wimbledon on television in disbelief — shocked at spectators without masks, thanks to vaccinations and virus testing — Japan has rocked the world by announcing that it will host the Games without spectators.

The virus is causing havoc, triggering an emergency in Tokyo (only 15% of the Japanese have been fully vaccinated). In its attempt to deliver a “safe and secure Games”, Japan has wrenched the heart out of the Games.

Days of Games past

As a journalist who has attended four Olympics (starting with the 2004 Athens Games), I will miss the mood, the madness, the camaraderie this year.

When Usain Bolt ran in Beijing, London or Rio, the atmosphere was electric. Michael Phelps, the ‘Flying Fish’, may have won 23 gold medals (unmatched by any athlete in Olympic history), but it was ‘Lightning’ Bolt who captured the imagination of the world. His wins, and his most-imitated victory pose, always turned packed stadiums into melting pots of colour, noise and emotions.

It is impossible to imagine a Bolt or Phelps performing in front of empty stands, with only television cameras to keep them company.

For me, today’s virus-ruled virtual world triggers endless memories of the golden past. Of Bolt with his hand on my friend (former Deccan Herald sports editor) Rajeev Kolasseri’s shoulder, discussing cricket and Sachin Tendulkar, after a press conference in Beijing in 2008 — where the sprinter completed the 100 metres with a mind-blowing world record of 9.58 seconds.

Or the day after when sport shooter Abhinav Bindra won India’s only individual gold in Beijing. We shared a taxi, going for lunch from the shooting range. Afterwards, Bindra had a photo shoot for Deccan Herald proprietor-photographer KN Shanth Kumar on the streets of Beijing — with the backdrop of the Bird’s Nest and the Water Cube, the iconic athletics and swimming venues. The Chinese people were happy to greet him and take photos with him. Such ease of interaction, between the athlete, the public and the media is impossible to imagine these days.

The Olympic aura is unmatched. We had the privilege to watch the best of athletes, as we travelled to the various venues, and sent back reports while literally on the move. It was hard, but it was joyous.

We often changed our plans too, in an instant. I remember when wrestler Sushil Kumar won the bronze in Beijing, it was unexpected. He had lost early, and we had lost interest. But then there was a repêchage, and when we learnt that he was fighting his way back to win a medal, we dropped everything, grabbed a taxi, and rushed to the venue.

Now, journalists have been asked to list their entire plan even before they reach Tokyo, and no changes will be entertained.

Is it all worth it?

“In terms of organisation, Beijing was the best Games. But for sheer participation of sports-minded people, warm and friendly, Sydney [2000] was my favourite,” recalls Bindra, who has competed in the last five Games. “Competition and results are not the only thing at the Olympics. The community comes together, and the people of the host country create that atmosphere.’’

As a member of the athletes commission of the International Olympic Committee (IOC), he was scheduled to be in Tokyo, but he has opted out. “I won’t be going; I will attend the meetings remotely. I don’t want to burden the system,’’ says Bindra, perhaps equally wary of enduring four days of quarantine in Tokyo, apart from facing the numerous other restrictions.

Hosting the Games leaves a financial blow on the city and country. Most of the money is spent on constructing the stadiums. Tokyo’s National Stadium (one of eight venues to be used) was completed at a cost of $1.25 billion! Of course, an Olympics without spectators could cost a lot less, if planned judiciously. But is an Olympics without people better than cancelling it, as was the case after World War II?

For the athletes, who have waited five years to showcase their prowess, it is worth the trouble. For the people of Japan, whose tax money has played a significant role in putting the Games together, it is a sad blow to be kept out of the enthralling exercise.