Alexander Zverev has now won six titles in six finals this year — including Olympic gold in Tokyo and two Masters titles in Madrid and Cincinnati. 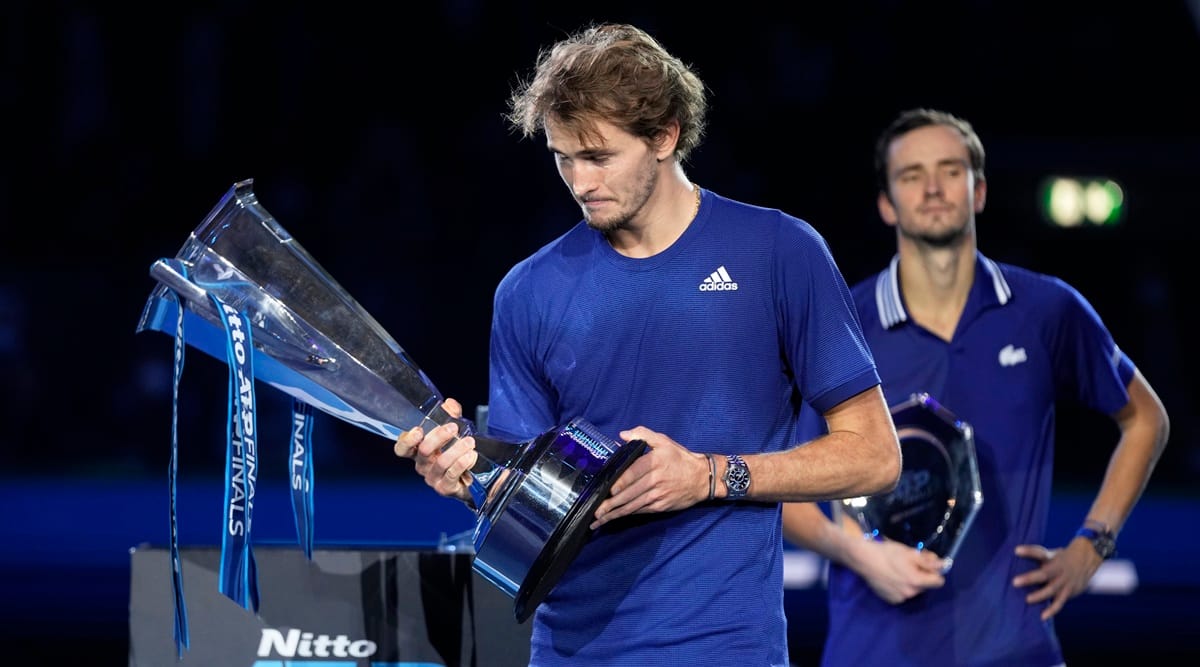 Germany’s Alexander Zverev swept aside Russian world number two and defending champion Daniil Medvedev 6-4 6-4 to win the ATP Finals on Sunday, claiming the title for the second time in his career.

Zverev, who also beat world number one Novak Djokovic on Saturday, becomes only the fourth player to beat the top two players in the world in the semis and final of the season-ending tournament.

Victory was also sweet revenge for Zverev who lost in three sets to Medvedev in the round robin stage, and came into the match having lost his last five meetings against the Russian.

“You keep talking about the perfect match… It was great. I mean in the final against somebody I had lost five times in a row, so I had to play one of my best matches,” Zverev said in a post-match interview.

“I’m happy about that, happy to go on holidays with this win now… There’s no better way to end this season than winning here, so I’m obviously fairly happy, but I’m also now very much looking forward to next year already.”

The 24-year-old Zverev, who did not face a single break point in the final, has now won six titles in six finals this year — including Olympic gold in Tokyo and two Masters titles in Madrid and Cincinnati.