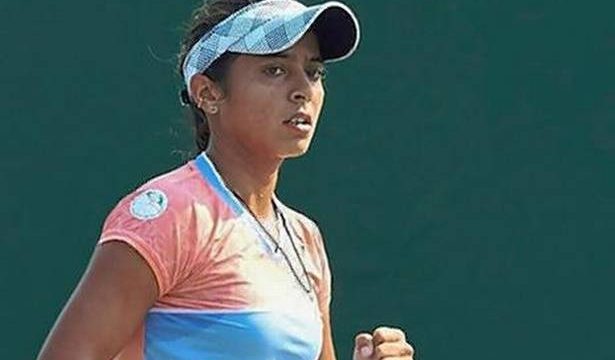 Ankita Raina, the country’s No.1 woman tennis player, is in dynamic quarantine in Melbourne, anxiously waiting to compete in the Australian Open.

Even though she lost the third and final qualifying round to Olga Danilovic of Serbia in three sets in Dubai, the 28-year-old Ankita was taken to Melbourne as she stood a good chance to be one of the lucky-losers making the main draw.

“In quarantine, I get to be at the venue for five hours which includes two hours of tennis, one and a half hour at the gym, one hour of nutrition and half an hour of going back and forth,” said Ankita from Melbourne.

Ankita, ranked 180 now, who had a career-best 160 before the pandemic broke out, said that she was able to adjust to Australia, after a few days of rest.

Coached by Hemant Bendrey in Pune, Ankita has been accompanied by coach Utsav Mukherjee who has been travelling with her in recent times.

It has been a long-time dream for Ankita to figure in the main draw of the Grand Slams. As the third player in the waiting list, she is preparing in right earnest to capitalise on her chance, as and when she gets the call.