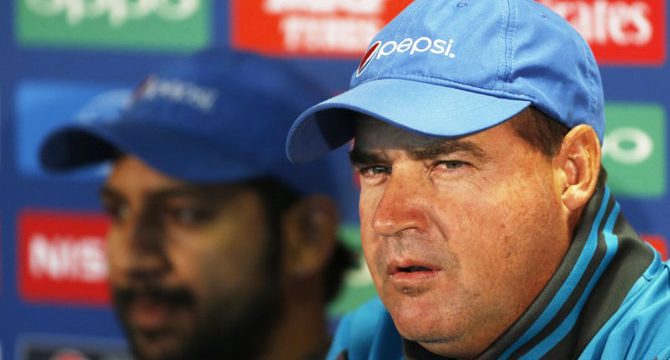 Mickey Arthur is set to return as Pakistan head coach, the chairman of the country’s cricket board Najam Sethi said on Monday.

Former spinner Saqlain Mushtaq has decided against extending his coaching contracts with the Pakistan Cricket Board (PCB), according to media reports, and Sethi is keen to bring back Arthur.

“I am personally in negotiations with Mickey and we have resolved 90 percent of issues,” Sethi told a news conference.

“Hopefully, we will very soon share the news that Mickey will be joining us.”

“I’d like him to build his own team of coaches once he is here.”

Former South Africa, Australia and Sri Lanka coach Arthur was in charge of the Pakistan team between 2016 and 2019 when they won the 2017 Champions Trophy and became the top-ranked T20 team in the world.

The Johannesburg-born 54-year-old currently has a long-term contract with Derbyshire.

The ICC has withdrawn its demerit point awarded to the Rawalpindi Cricket Stadium for producing a below-par pitch during the Test match between Pakistan and England Test in December last year.

Pakistan Cricket Board’s (PCB) chairman Najam Sethi said they had written a strong letter to the ICC challenging their decision to award the demerit point to the Pindi stadium.

“We wrote a long and strong letter to the ICC as soon as I became chairman, outlining the records of other venues and challenging on what grounds Pindi stadium should be given a demerit point when we even had a result in the said match,” Sethi told the media in Lahore.

“I am glad to announce the ICC have accepted our point of view and withdrawn the demerit point.”

England won the first Test against Pakistan played at Pindi in December after scoring 500 runs on the first day.

The ICC had also awarded a demerit point to the Pindi stadium after a high scoring Test match between Pakistan and Australia in March last year.