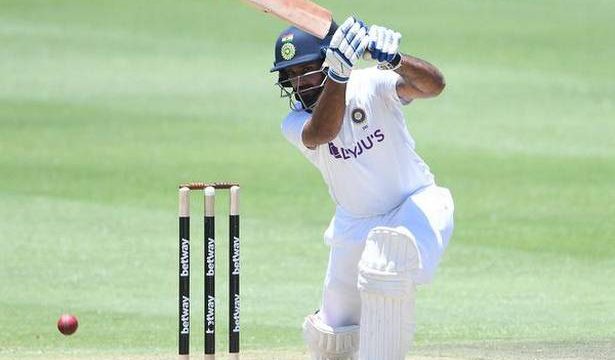 We are in the beautiful wind-swept city of sea and mountains. The rhythmic beating of the drums on the beach reflects the mood here.

And the picturesque Newlands, which has the formidable Table Mountain as its backdrop, is among the great venues in cricket.

India and South Africa will clash here in the decider of this fascinating Test series from January 11.

The Indian bowling will have to pick itself up and coach Rahul Dravid is sure to crack the whip. He will have strong words for the batters too about building on starts and shot selection.

As Dravid pointed out, the timing of a stroke, at what stage to play it, is vital.

It will be hard for someone like Rishabh Pant to rein in his natural instincts. But the southpaw, with loads of natural talent, needs to apply himself for the team.

Two senior batters, Cheteshwar Pujara and Ajinkya Rahane, had departed after a long partnership and Pant needed to lock one end up and bide his time at the Wanderers.

Instead, he succumbed to the mind games in the cauldron. Was he ‘softened’ up by Kagiso Rabada’s vicious lifter that struck him on the helmet grill?

Then before the next delivery was bowled, there was chirping from Rassie van der Dussen from short-leg.

The two have a history. After all, Pant diving forward, almost certainly took van der Dussen’s edge off the ground, something that left the South Africans angry.

Or did the wicketkeeper-batter not back himself to bat through the hostile spell from Rabada with the threat of physical damage.

At least Pant did not, like the former India and Delhi all-rounder Madan Lal, back away to the leg side when the super quick Jeff Thomson bowled at him in Australia. To be fair to Madan, it was the pre-helmet era.

Dravid is sure to have a conversation with Pant. You need to balance aggression with responsible batting and a workable defence has to be a part of your game.

Washington Sundar was shaping well for India in Tests – he is a strong back-foot player who made runs in Australia with all the grace and flow of a left-hander.

It’s a pity the southpaw had to be left out of the Test team owing to fitness concerns.

Washington averages a whopping 66.25 with three half-centuries in four Tests, the highest being 96 not out, apart from being a handy off-spinner.

Young cricketers like him, with such an outstanding record, should not be forgotten and lost to Test cricket.

Pant is the lone left-hander in the line-up and India needs more of this breed to disrupt opposition’s bowling line.

The South Africans countered K.L. Rahul’s ploy of leaving deliveries outside off by bowling a lot closer to the off-stump and making him play.

More right-left combinations in the mix can change the dynamics of a contest, upset game-plans.

Hanuma Vihari, someone who respects and learns from the game, bats for his team with a solid back-foot game and has the heart to bat in crisis, was a gain for India from the Wanderers.