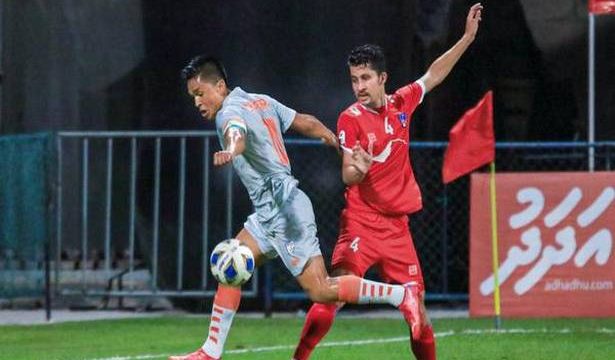 India’s talisman Sunil Chhetri says he hopes to continue playing and scoring goals for the country in the “foreseeable future”, his battle-hardened body getting a booster dose in the form of a landmark 77th international strike that drew him level with Pele.

Even as his team goes through a prolonged lean phase, Chhetri’s goal-scoring prowess remains as good as ever, which is a testament to his consistency and dedication.

“I keep getting asked about my consistency, and I wish I had an answer. But the truth is, there is no blueprint. It’s more about wanting to turn up every single day and give it my best, which, thankfully, I’ve never fallen short of,” Chhetri said.

Through his glorious journey, the deadly poacher from Delhi has played alongside former stars such as Bhaichung Bhutia and Renedy Singh in the national team, besides well-known international players in the ISL and I-League.

“I have been extremely lucky to have played with some great footballers who don’t get enough credit. I’ve learned something from every single coach I have played for. It’s the coming together of many things —big and small —and I hope to keep doing it in the foreseeable future,” he added.

Notwithstanding the occasional chatter around his age and his longevity, the Indian captain wants to keep playing in top-flight and has not given his future any thought.

“It might sound like a lie, but I’ve never given my future as a footballer any thought. Like I said, the one thing I probably do the best is wake up and turn up to train and play. I look forward to it, thoroughly enjoy it and haven’t ever wanted to stop doing it.

“My future plan with football is literally what my next training session will look like. I am fortunate enough to have a support system around me that makes sure I don’t need to think or worry about anything that isn’t football. It just makes it all the more easier to love what I do.”