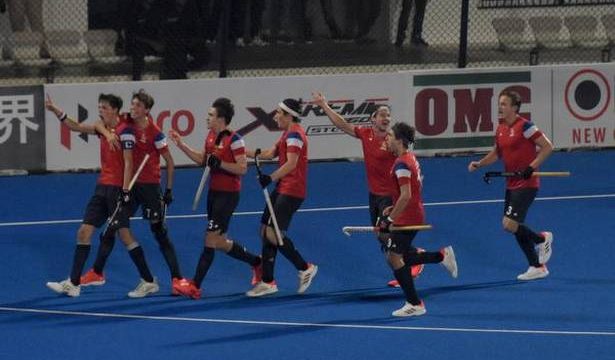 Clement and Sanjay perform hat-tricks, but the latter’s goes in vain

A well-oiled France outsmarted defending champion India 5-4 in a Pool B match to cause the biggest upset on the opening day of the Junior men’s hockey World Cup at the Kalinga Stadium here on Wednesday.

The lack of cohesion was apparent as the host was outplayed by France in every department.

France, which finished a surprise runner-up in New Delhi in 2013, stunned the defending champion by scoring in the opening minute through captain Timothee Clement’s field goal.

India’s shock doubled when the pacy French side went 2-0 up in the seventh minute. The trio of Mathis Clement, Jules Verrier and Benjamin Marque finished off a well-coordinated move, reflecting France’s excellent preparation.

India managed to pull one back as Uttam Singh slotted home a rebound off the team’s first penalty corner. Sanjay’s drag-flick drew parity before the first break.

The second quarter belonged to France. Clement’s crisp drag-flick off the first long corner put his side in the lead again.

The Frenchmen, who dominated the proceedings, earned three successive penalty corners after half-time. Clement went on to complete a hat-trick in the 32nd minute.

France pulled away further through Corentin Sellier’s field goal in the final quarter.

Though Sanjay struck twice in the closing minutes and performed the three-peat, it wasn’t enough to deny France.