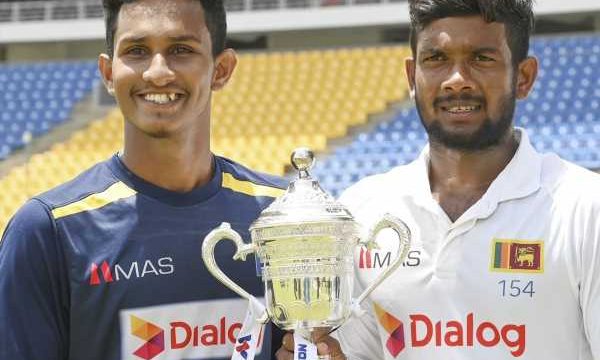 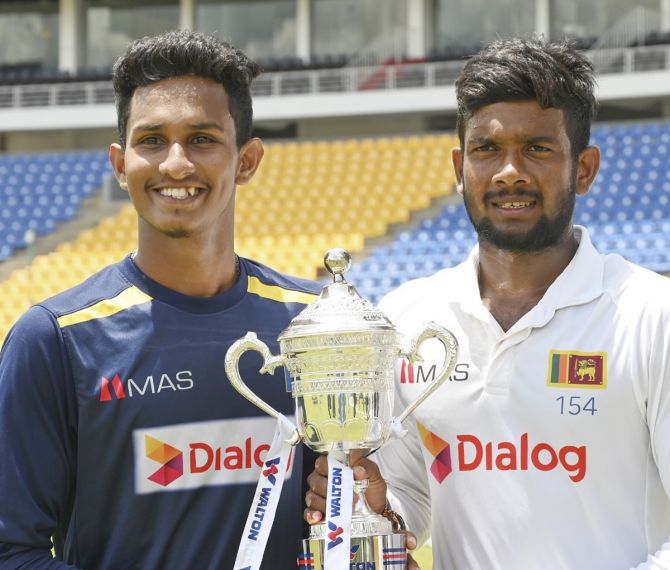 Left-arm spinner Praveen Jayawickrama claimed a match-haul of 11 wickets in a fairytale debut as he bowled Sri Lanka to a 209-run victory, and a 1-0 series win, in the second Test against Bangladesh in Pallekele on Monday.

The hosts took just over an hour to claim the last five Bangladesh wickets with Jayawickrama claiming three of them for a second-innings bowling figure of 5-86.

Replying to Sri Lanka’s first innings total of 493-7 declared, Bangladesh were all out for 251.

Sri Lanka declared their second innings on 194-9, setting the tourists a daunting victory target of 437 and Bangladesh meekly folded for 227.

“There was a bit of pressure ahead of the debut but the captain and the senior players really helped me,” Jayawickrama, 22, said after being adjudged player-of-the-match. 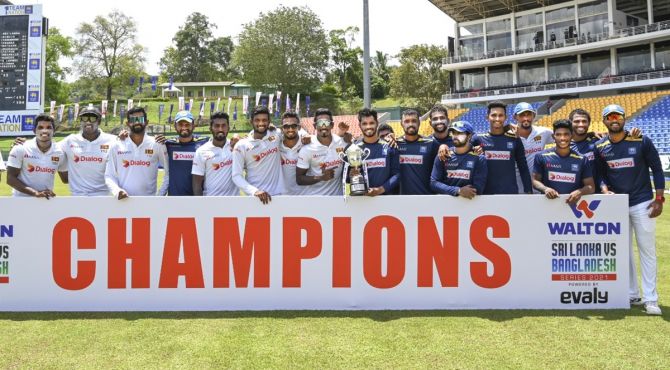 “Praveen was fantastic and Ramesh too,” Karunaratne, who won the player-of-the-series award for his scores of 244, 118 and 66 in three innings, said.

“I think they need to play test matches regularly and build confidence, and if they do that they will fill the shoes of Dilruwan (Perera) and Rangana (Herath) for sure.”

Bangladesh captain Mominul Haq rued losing the toss on a flat wicket which he felt determined ’50 per cent’ of the outcome, but was also disappointed with their own batting effort.

“We lost this Test in the first innings when we were bowled out for 250. We should have batted better,” he said.