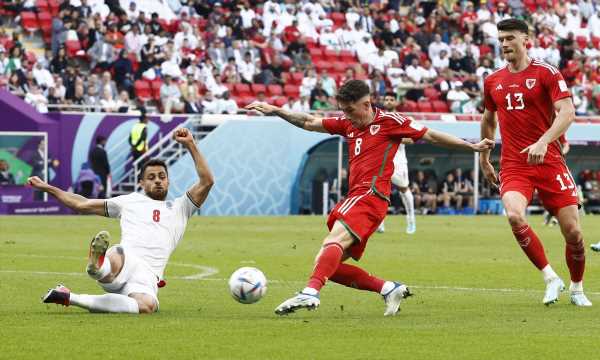 Wales and Iran goalless at break after Gholizadeh strike disallowed

Wales and Iran were goalless at the end of the first half of their World Cup Group B match at the Ahmad bin Ali Stadium on Friday, after Iran forward Ali Gholizadeh’s strike was ruled out for offside. Gholizadeh thought he had given Iran an early lead after linking up brilliantly with Sardar Azmoun, but VAR ruled it out. Earlier, Wales striker Kieffer Moore had a shot from close range saved by Iran keeper Seyed Hossein Hosseini.