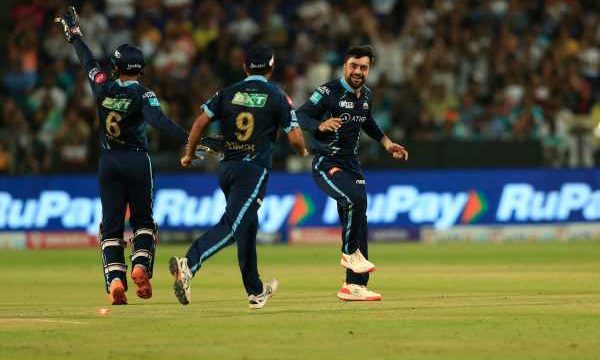 As remarked by Lucknow Super Giants Captain K L Rahul, it takes a special bowling performance to restrict any team to under 150 runs on any wicket in the Indian Premier League 2022 and by the end of the first innings against the Gujarat Titans, it seemed like the match was very much in favour of the LSG captain and his crew.

The events that transpired in the second half of the game, and more particularly in the bowling department, were multiple notches above a special performance — more like a flawless performance as Rahul and co were made to look like a street crickets as they were bundled out for 82 in just under 14 overs.

How did a team who were in the driving seat at the halfway stage capitulate to one of the biggest blowouts this season, you ask?

Gujarat’s bowling was aggressive, disciplined and kept the pressure on the batters at all times. And in Rashid Khan, they had the man to deliver the final nail in LSG’s coffin.

Rashid had been experiencing a lean patch as far as wickets were concerned in recent matches, but he finished with final figures of 4-24 against Lucknow after what he would later attribute to ‘experimenting with a different length’ in this particular match. 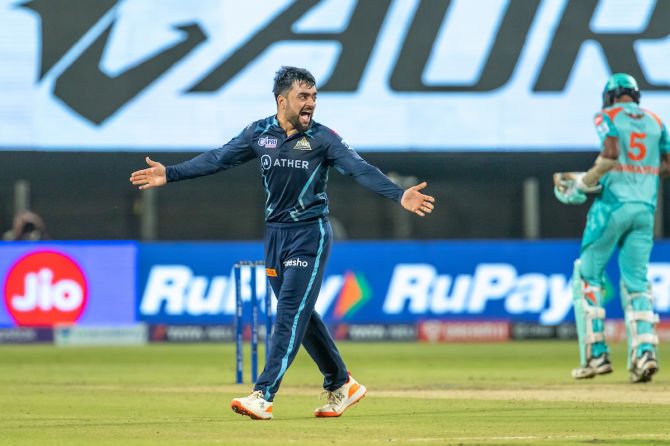 Mohammed Shami and Yash Dayal opened the bowling perfectly — grabbing early wickets as Lucknow were reduced to 44-3 by the 7th over. Rashid was introduced in the 8th over and was immediately successful in dismissing Krunal Pandya off a googly that the batter ended up getting stumped by wicket-keeper Wriddhiman Saha.

At the other end, a fellow spinner, debutant Ravisrinivasan Sai Kishore was also having success after dismissing Ayush Badoni in the 11th over.

Rashid’s next over saw two dismissals — a comical run-out that led to the fall of Marcus Stoinis followed by Jason Holder being caught LBW off a straighter delivery right in front of the stumps.

Onto the 13th over and Rashid claimed his final two victims — Deepak Hooda, who seemed like Lucknow’s last hope, was dismissed for 27 off 26 balls after he top-edged the ball to Shami off a leg-break.

Avesh Khan was the new man in — and one who seemed determined to make the game interesting — as he hit two back-to-back sixes off the next two balls.

However, any hopes of a fairytale comeback was not meant to be as Rashid dismissed Avesh off the penultimate ball of the over, caught behind by Saha. At the close of play, Rashid explained how he was able to get his mojo back at this stage of the season.

‘It was all about focusing on hitting the right area. The wicket was helping today and there was bounce and turn, but overall it was just about my length,’ he added.

‘I have to bowl the right area, right length, and I will be able to pick wickets.’