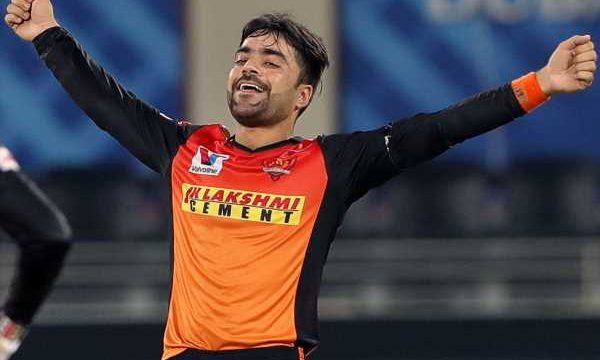 Rashid Khan is inarguably the most sought after bowler in T20 leagues across the cricketing universe and he has repaid the faith of teams with consistent performances.

That a cricketer from war-torn Afghanistan would be the world’s top-ranked T20 bowler is a thought that wouldn’t have crossed cricketing minds five years ago when 17-year-old Rashid made his international debut.

But the hugely popular legspinner has a few regrets.

The biggest of them is being not able to celebrate his achievements with his family in Afghanistan since he is away playing cricket for the major part of a year. The 22 year old has played 266 matches in the T20 format spread across the IPL, BBL, PSL, CPL and more.

‘In the last five years I’ve spent about 25 days at home,’ Rashid told The Observer, London.

‘I didn’t have that opportunity to celebrate my achievement with the family because I was just so busy. I forgot my achievements and that hurts sometimes. I don’t get enough time to be with the family, but at the same time it is the start of my career so I have to struggle,’ he told the newspaper.

Another regret that rankles is that he is yet to play international cricket at home with his countrymen cheering.

Afghanistan confronts violent uncertainty as the Taliban capture more territory and impose their diktat over Afghan women, children and men.

‘Wherever I go I see international players playing at home in front of their crowds, getting the support, getting all the love; we so much want the same in our country,’ says Rashid.

‘Our people, they love cricket, they love sport and the moment we have a series back home it will be massive. There will be no single spot to sit.’