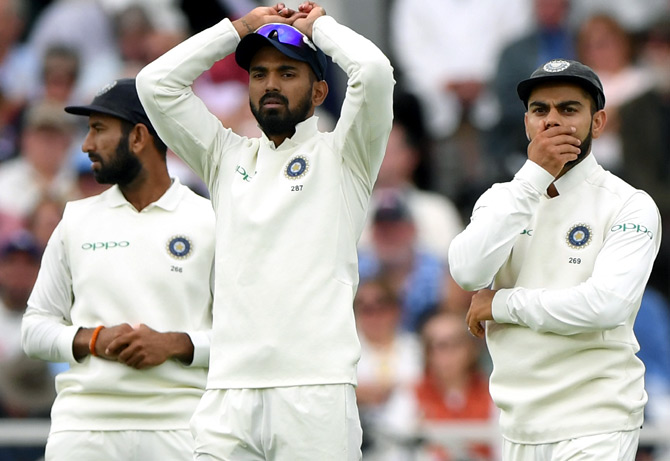 India have quality batsmen and bowlers in the team but need to be mentally stronger to win a Test series abroad, Australian great Adam Gilchrist seemed to suggest on Sunday.

India have lost the ODI series and are battling to save the fifth match of the Test series, in which they have already conceded an unassailable lead.

“It is challenging playing overseas. I do believe India have a strong bowling unit and some quality batsmen, including the best batsmen in the world, Virat Kohli. They have the potential to win overseas, perhaps it is just mind more than the body,” he said.

Gilchrist made these remarks when he was asked to comment on India’s performance against England in the ongoing Test series. He was attending an event conducted by global sportswear brand Puma.

Asked about Kohli’s captaincy in the ongoing Test series against England, Gilchrist said he would not make any comment but admired the Indian captain’s positive attitude.

“What I admire about Virat’s captaincy is his tenacity and the way he drags his team with him just by being positive. Tactically, I cannot comment because I have not watched enough content, except the highlights,” he said.

“Virat is that guy who is passionate about leading his team and the nation forward. I see positive things about his captaincy and leadership,” he said.

Asked about Kohli’s soured relationship with Australian spectators, Gilchrist said the Indian captain has matured since the last tour where they went under the skin of the Indian players, especially Kohli.

“The Aussie crowd always want to go under the skin of opposition players. Virat has matured to a great deal since that last tour,” he said.

India is touring Australia between November and January next, where they will play four Test matches, three T20s and as many ODIs.

Perhaps, it would not be advisable for Australians to upset him because it may boomerang against them as he is world’s best batsmen at the moment, Gilchrist said.

“He (Kohli) looks to me a guy who likes challenges when the chips are down. Perhaps, we don’t want to upset him because he is the best player in the world,” he said.

From Australia’s point of view, they do not want him to score heavily as he is currently doing in England, Gilchrist added.

“England has one of the strongest white ball team. They will be playing in home conditions. Australia too also have good chance, and India has won a tournament there before. And, Pakistan are always the dark horse. they can spring a surprise or two,” he said.

Celeb Chef Art Smith Has Lost 70 Lbs In Quarantine — See How!
We and our partners use cookies on this site to improve our service, perform analytics, personalize advertising, measure advertising performance, and remember website preferences.Ok