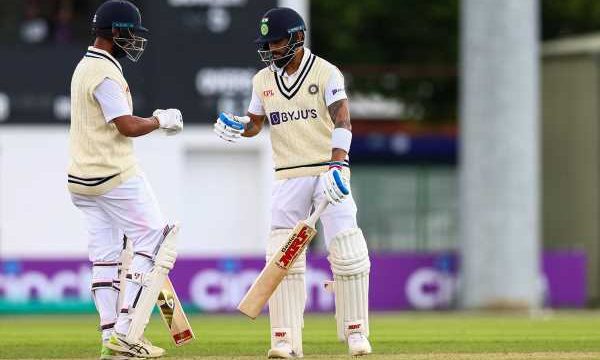 England moved up to fifth place following their emphatic 3-0 sweep of WTC defending champions New Zealand in the recently concluded third test in Headingley and the Three Lions are now favourites going into the final test which begins on Friday 1st July 2022 at Edgbaston, Birmingham.

Meanwhile, New Zealand are at the eighth spot with a win percentage of 25.93. The Black Caps now face an uphill task and it looks unlikely that they would be able to make it to the final which is slated to be played next year.

India are at the third spot with a win percentage of 58.33 while Australia are the top spot. Australia will next square off against Sri Lanka, who are at the fourth spot.

The current cycle runs from July 2021 to June 2023 and comprises the top nine Test teams, all of whom will play six series each – three at home and three away. The top two teams will compete in the Final.