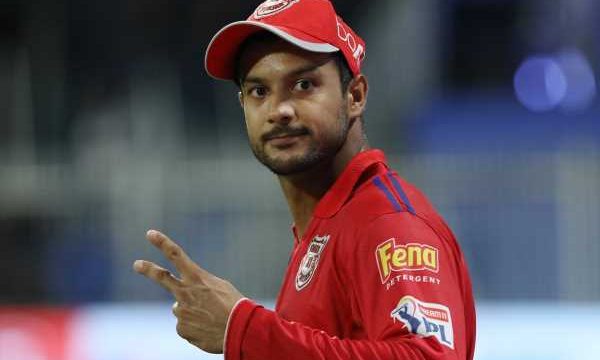 ‘Too much of a nice guy, and this game is not for nice guys’

Punjab Kings released their last edition’s captain Mayank Agarwal but former Indian cricketer Sanjay Manjrekar feels the opener will be an attractive option for teams in the mini IPL 2023 auction.

Speaking on Star Sports show ‘IPL – Special Retention Show’, Manjrekar said, ‘See, it’s a very interesting case with Mayank Agarwal, for one, the price tag doesn’t help when you’ve had a bad season. There’s a temptation of releasing that player and using that money to maybe rebuy or you know, look at another option. But the thing about Mayank Agarwal? Too much of a nice guy, and this game is not for nice guys. I mean he had a phenomenal couple of seasons at the top of the order with KL Rahul. He actually out-batted KL Rahul at the top position, and became the captain and ideally you would want one more year for a guy to prove himself.’

‘And the worst thing that could have happened to him was that he sacrificed his opening position where he was phenomenal, and went down the order. This meant that batting became more difficult and the runs didn’t come, the pressure built up. So, I feel sorry for him, but he’ll be a very very attractive proposition for teams looking for an opener because this is the guy who’ll get you big scores and at a strike rate of 150, 160 and is good against both spin and pace.’ Manjrekar added.