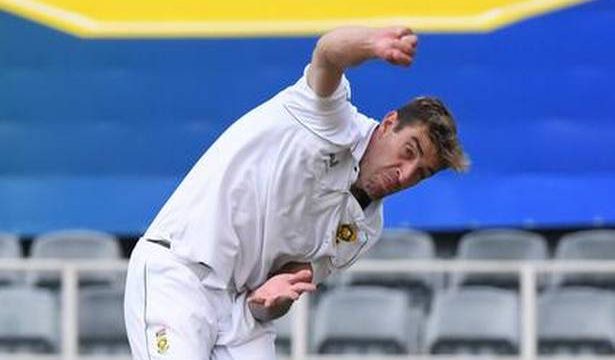 For Duanne Olivier, it was a case of living a dream again.

The comeback paceman said, ““It was like a new debut. I was very nervous today.”

The man who had given up hopes of playing for the country again, scalped three on day one of the second Test here on Monday.

About the gameplan of the South African bowlers, Olivier said, “We made them play as much as possible. Stuck to the process, stuck to the basics and reaped the rewards. We also bowled a fuller length.”

Asked to look ahead in the series, Olivier replied, “We are 1-0 down. That’s the reality. The focus is on this Test. Tomorrow is a new day. If we bat big, we can win the Test. Of course, we want to win the series but don’t want to think too far ahead.”

He said, “If someone had told us that we would bowl out India for just over 200, we would have taken it any day.”

Asked about the pitch, he replied, “It’s a typical Wanderers pitch. Has some grass on it.”

Olivier conceded that the first hour was tough when openers K.L. Rahul and Mayank Agarwal were unseparated, but said “Lungi Ngidi and Marco Jansen came on, they bowled very well and created the pressure for us to take wickets.”

The paceman said, “Ngidi went wicketless today after bowling so well. On some other days, he might not bowl so well and pick up wickets.”

About left-arm spinner Keshav Maharaj’s inclusion in the team ahead of a specialist batter on a seamer-friendly pitch, Olivier said, “Keshav might have bowled only one over today but he could send down 20 in the second innings. The wicket could deteriorate and we might need a spinner.”