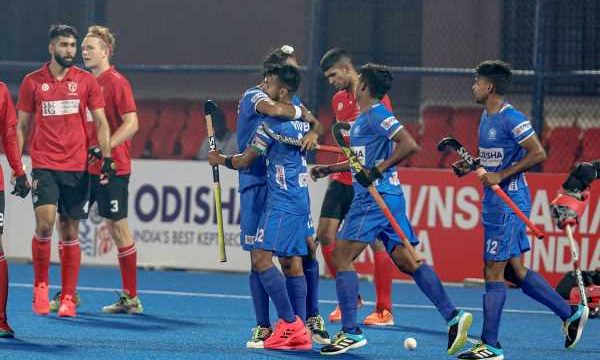 Over 70 goals were scored on the second day of the men’s Junior Hockey World Cup, with Spain registering a record-breaking 17-0 win over the USA in a Pool C game, in Bhubaneswar, Odisha, on Thursday.

Following the thumping win, Spain set a new record for the highest victory margin in the history of the tournament.

The record was previously held by Argentina, who defeated Egypt by 14-0 in a Pool D game earlier on Thursday.

Argentina had broken the record of the highest victory margin in the tournament’s history, previously held by India, who defeated Singapore by a margin of 13-0 in the 1982 edition of the tournament.

However, Spain’s dominant display of skill meant that the record set by Argentina was broken in a matter of a few hours.

In another match on Thursday, stunned by France 5-4 in their tournament opener, India roared back into the tournament, crushing Canada 13-1 to register first win.

France top Pool B with two wins from as many games, after beating Poland 7-1 on Thursday, while India is placed second.

India will meet Poland in their last pool fixture on Saturday.

In another pool C match, Netherlands registered a 12-5 win over Korea.