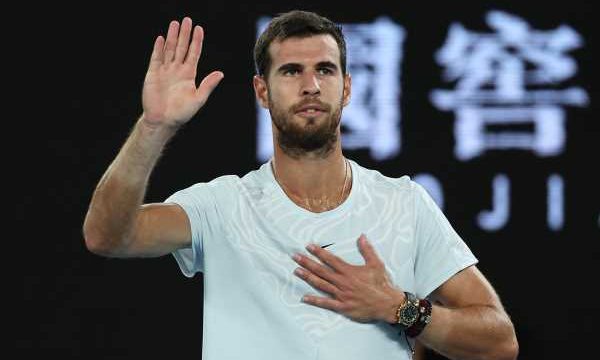 Korda, the 29th seed, struggled with a right wrist issue that needed treatment twice during the match on Rod Laver Arena before throwing in the towel in the third set.

Khachanov had also reached the last four of the 2022 US Open and said it felt great to be back in a Grand Slam semi-final.

“Obviously not the way you want to finish a match,” said the 18th seed, who will meet either third seed Stefanos Tsitsipas or unheralded Czech Jiri Lehecka for a place in the final. “I think until a certain point, it was very competitive, very good battle.

“Sebastian beat one of my friends Daniil Medvedev in three sets and in Hubert Hurkacz in five sets I guess, he was playing great tennis.

“I’m feeling really good, to be honest, really happy with my level and how I compete and I’m looking forward to the semi-finals here in Australia the first time.”