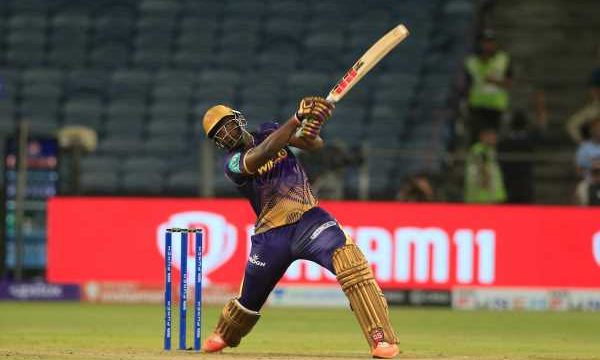 Lucknow Super Giants rocketed to the top of the IPL 2022 standings with a near perfect performance against the Kolkata Knight Riders at Pune on Saturday. As conceded by KKR Captain Shreyas Iyer in a post-match interview, his side was outplayed in bowling and batting.

Such was LSG’s grip on the game that they smashed KKR’s bowling in the death overs to pile up 176 and immediately on the change-up, snuffed any chance of a comeback by dismissing the Kolkata top order who, by the end of the seventh over of the chase, were languishing at 25-4.

Right when it seemed like Kolkata were on the verge of utter collapse and would struggle to even reach three figures, in walked to the crease Andre Russell. His decision to go on an all-out attack against a finely tuned LSG bowling attack defied logic — but at the same time was highly effective as he started hammering boundaries in all directions.

Onto the 8th over and Jason Holder was smashed for three sixes and a four as Russell’s rampage went on. For a brief period, it seemed as if every ball would eventually find its way to the boundary as he swung hard and found success with every contact with the ball.

Leg-spinner Ravi Bishnoi and pacer Dushmantha Chameera were not spared, both being smashed for a six and a four respectively in consecutive overs as Lucknow started to scratch their heads to find ways to dismiss a man who was seemingly playing in God mode.

Sunil Narine joined Russell and for a fleeting moment, fans witnessed some calypso magic as boundaries started raining from both ends of the pitch. Lamentably, with everything falling apart around him and a mounting run-rate, Russell was forced to take bigger risks and that would lead to his downfall in the 13th over.

Avesh Khan was introduced into the attack and was immediately lofted for six off the first ball. The next ball was of fuller length, Russell swung at it hard. This time, his timing was off and the ball was caught by Holder in front of third man. 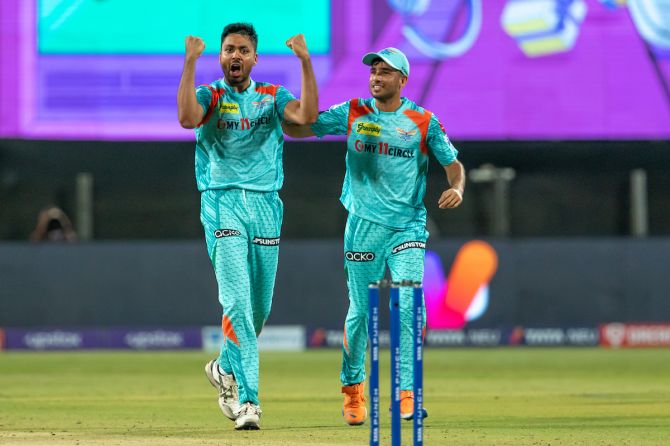 Such was the swing in fortunes for KKR that from 85-6 they collapsed to 101 all out in a span of just over two overs.

Russell’s knock was superb while it lasted and while the eventual outcome of the game was inevitable, he showed fearlessness to take on a bowling attack who are clearly on top of their game in IPL 2022.