‘I’m not disrespecting Sachin Tendulkar, Brian Lara or Ricky Ponting but across three formats of the game I have not seen anyone better.’ 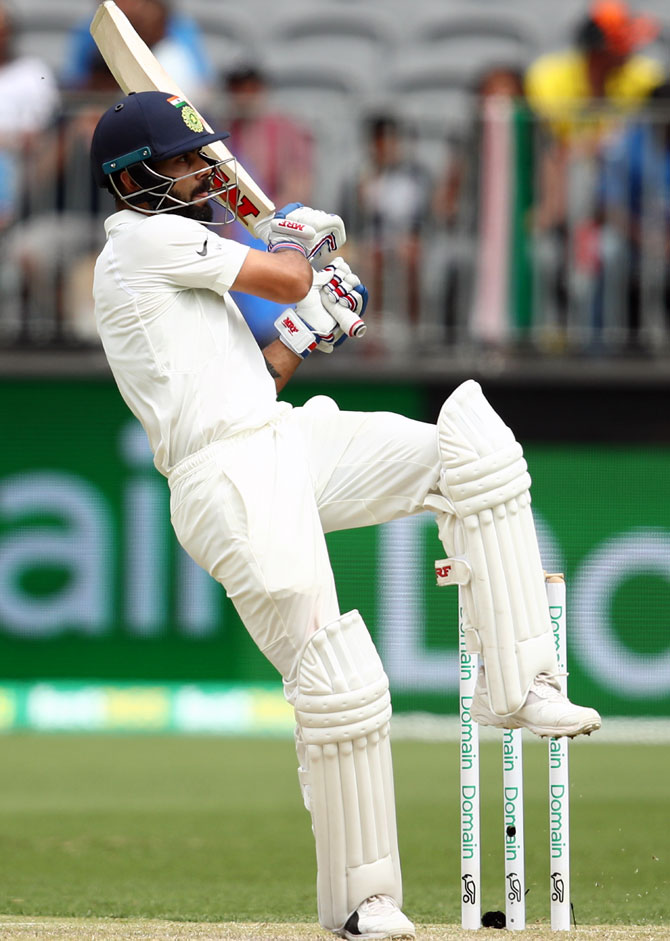 Kohli on Sunday became the second fastest player to score 25 Test centuries. He achieved the feat in 127 innings, behind Sir Donald Bradman’s 68 innings.

“I have not seen a better player. I’m not disrespecting Sachin Tendulkar, Brian Lara or Ricky Ponting but across three formats of the game I have not seen anyone better,” Vaughan wrote about Kohli in his column for Foxsports.

“He has such high skill levels and an incredible mentality when it comes to dealing with the pressure of the chase. All that while dealing with a weight of expectation and adulation that only Sachin would have experienced.”

“The concern for Australia is that so far in this Test match the Indians have managed to get more uneven bounce out of the pitch than the home bowlers. The quicks seem to be getting out-bowled by this highly skilled Indian four-man attack,” he wrote.

The second Test is evenly-poised with Australia leading by 175 runs after reaching to 132 for four in their second innings at stumps on Day 3 on Sunday.

“I think by the time Kohli finishes he (could) statistically be equal or better than all those players,” Border said.