Kanwal Netar Satyal, a consultant at the Mumbai Cricket Association (MCA) in charge of everything power-related at the venue, had to ensure the four massive floodlights were free of the eagle nests that had been built on them. 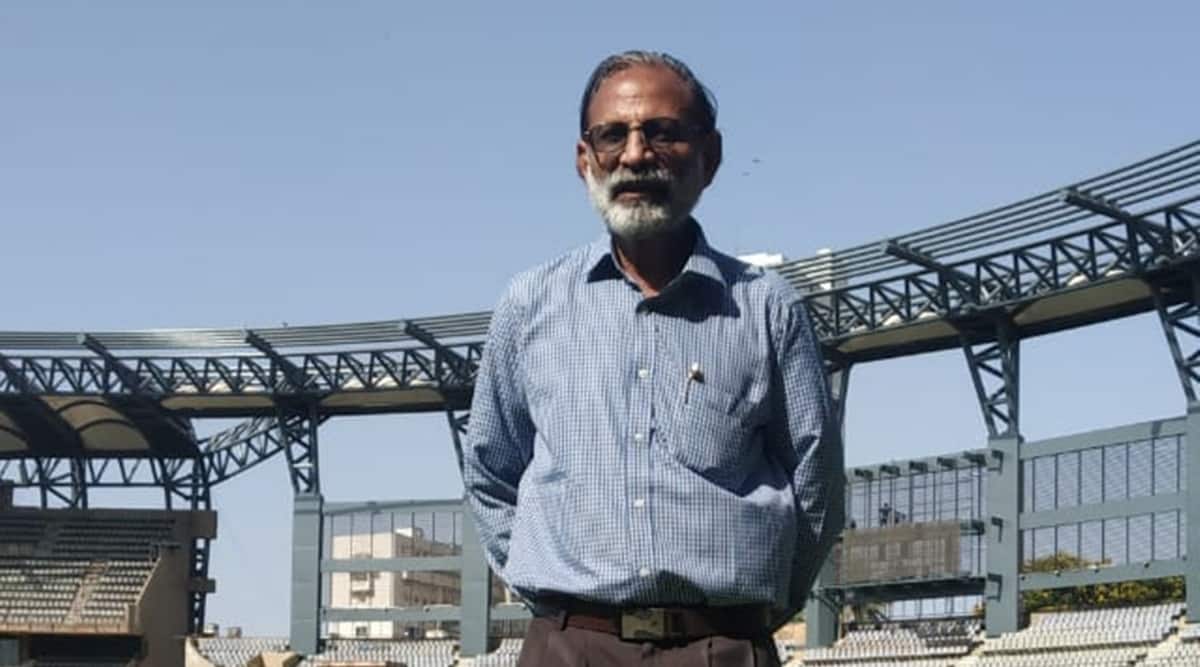 The process had started last week, of dusting the machinery required to host a high-profile evening match at the Wankhede Stadium. The Indian Premier League (IPL) will be returning to Indian soil after all. But it wasn’t the proverbial spider-webs between the cogs of a wheel that had to be cleared.

Kanwal Netar Satyal, a consultant at the Mumbai Cricket Association (MCA) in charge of everything power-related at the venue, had to ensure the four massive floodlights were free of the eagle nests that had been built on them.

“This was a new problem, and we had to send four people with sticks up the masts to get them out,” Satyal says. “Their helmets had a set of eyes drawn on the back. Eagles attack when someone is not looking, so those drawn eyes on the back ensure they won’t attack from behind.”

In a stadium that can seat 33,000 fans, Satyal’s role is unsung but of utmost importance. And it’s one that is crucial in the Wankhede hosting IPL matches.

“Is there supply for the broadcasters? Are the lifts working? Is the current supply stable? Are the standby (generators) ready? Is there enough power to support the cameras?…” the 62-year-old starts listing his responsibilities. His biggest task, however, is ensuring the floodlights are in working condition. It’s a task he holds close to the chest, after all, he was involved in the designing phase of the four masts (floodlights). Back when the stadium was being renovated in 2010, ahead of the 2011 World Cup, Satyal was involved in deciding what was needed to illuminate the stadium and the installation process.

“We had to dig 30 metres underground to secure the base of the masts that stand 72 metres tall. The securing was important because the stadium is 200 m from the sea and there are heavy winds that will make them sway,” he says proudly of the mammoth installations. “Each weighs 45 tons and has 112-118 fittings. And then there are 24 more fittings at other locations – six in four sets. This helps in general operations to make sure all areas of the ground are illuminated.” 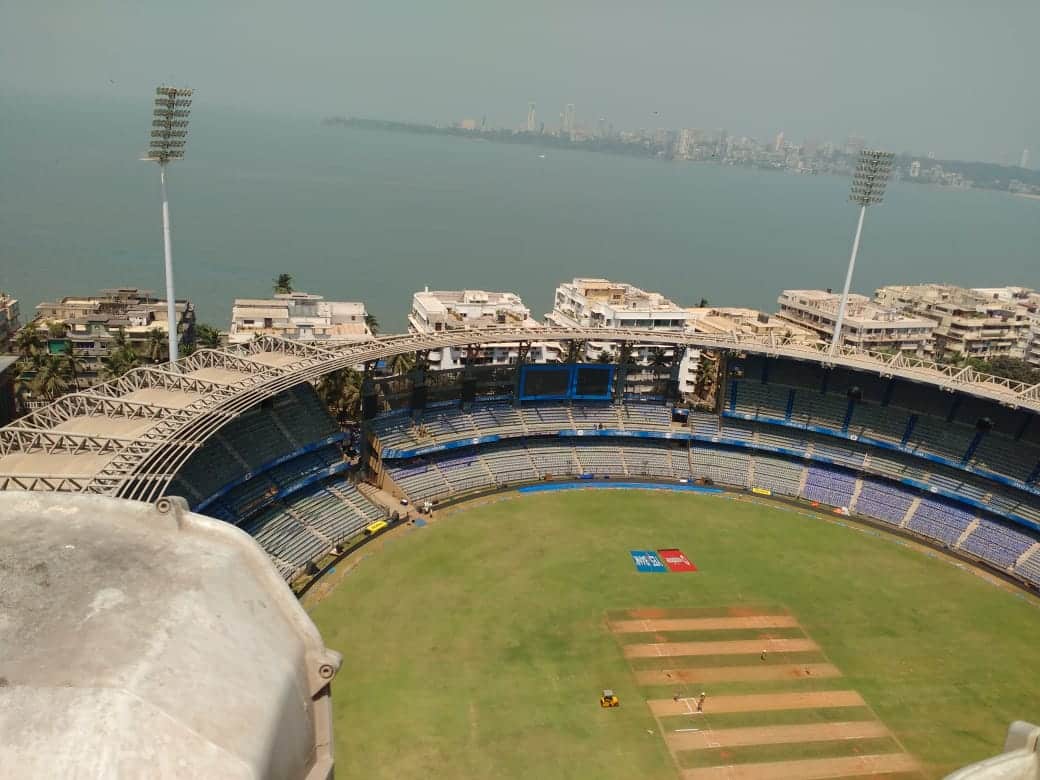 That illumination serves not just till the match is over. The owners of the Wankhede-based Mumbai Indians franchise, Reliance, often reserve match-day seats for school students. “There was one match some years ago where some 15 thousand students had come,” Satyal recalls. “The problem with kids is that they take time to exit. And some are mischievous, so they will try to hide behind the chairs and all. “Around 1 AM, the lights were still on and one of the officials noticed it and called me to scold me. ‘Tum murkh ho kya (are you a fool)? Lights are still on.’ I told him I’ll call him in the morning. That night, all students vacated around 3:30 AM. The lights stayed on till 4 AM once everything was clear. Then I sent a message explaining what happened. A few hours later I got a message congratulating me on that decision.

If the lights go off immediately, or on schedule,” he explains, “then there would have been chaos. But the situations keep changing. There are a lot of post-match activities, presentations and interviews. Then there might be some delay in, say, the Spidercam people, or LED advertisers removing their equipment. So we have to wait for everything.” 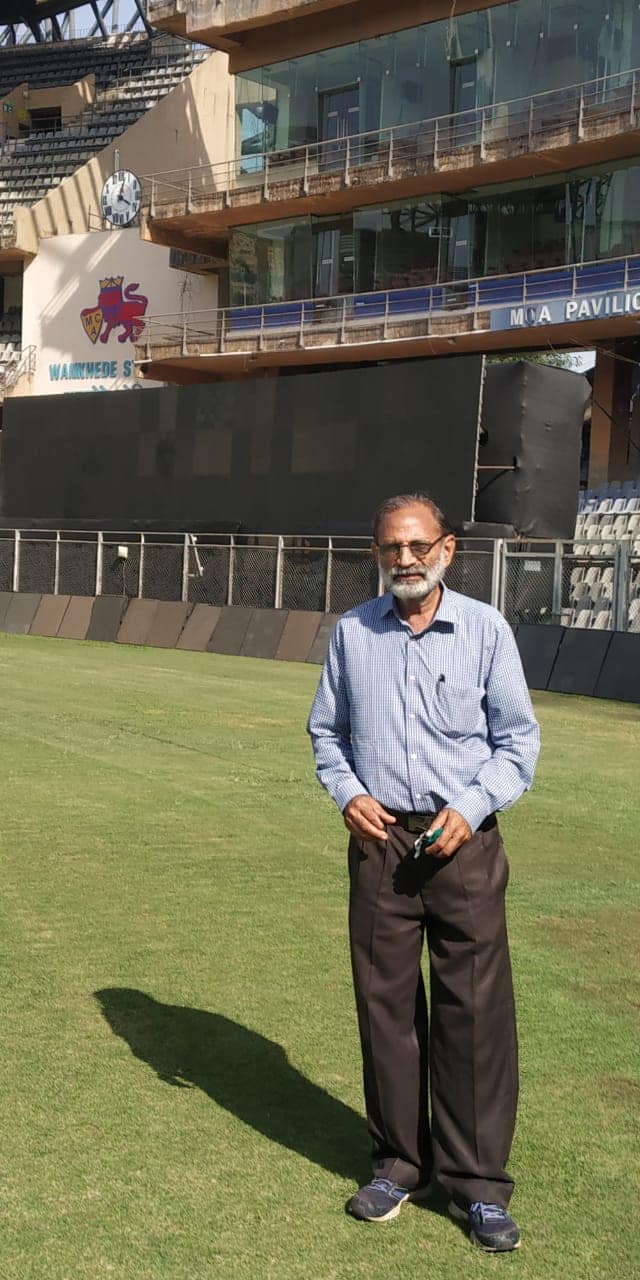 Just as important as the post-match shutdown is the planning that goes at the start of a tournament. He explains that work starts at least 10 days before the opening match, and operations need to be ready five days before the match. This includes coordinating with the 30-odd staff that report to him on match day. But there have been instances where last-minute events were scheduled at the stadium. Such as in 2014, when it was decided that former Maharashtra Chief Minister Devendra Fadnavis’ oath ceremony would take place at the stadium – with Prime Minister Narendra Modi in attendance. “We were informed just a day and a half before the event,” Satyal recalls.

Over his career, Satyal has worked and helped set up electrical and lighting systems in cricket and football stadia in Bhutan, Nepal, Oman and Dubai. He’s worked at coal mines, naval docks, the sea-link in Mumbai, and is also a consultant for the cricket associations in Punjab and Karnataka. But the Ambala-native prizes his role at the Wankhede the most.

Despite being in such close proximity to the action, he doesn’t get to watch the match since he’s constantly moving from one control room to the other. He hasn’t told most of his relatives that he works at the Wankhede either. “Phir log ticket maangne lagte hai (people start asking for tickets then),” he quips.

With just days left before the start of IPL 14, Satyal’s schedule has tightened up as he oversees final preparations. The time he spends in this draws incredulous reactions.

“People say, ‘arre batti to jalana hai (it’s just switching the lights on),’” he says. “But it’s not that simple. This is a thankless job.”