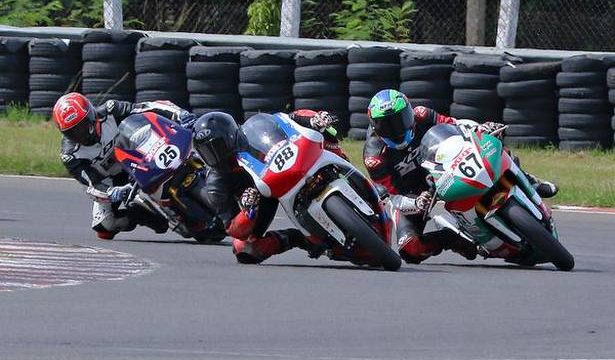 Jagan Kumar heads the stakes in the 165cc category

The country’s top two-wheeler manufacturers — TVS, Honda, KTM and Yamaha — and racers will congregate at the iconic MMRT circuit after a three-month break for the fourth round of the MRF-MMSC-FMSCI Indian National Motorcycle Racing Championship 2021 on Friday and Saturday.